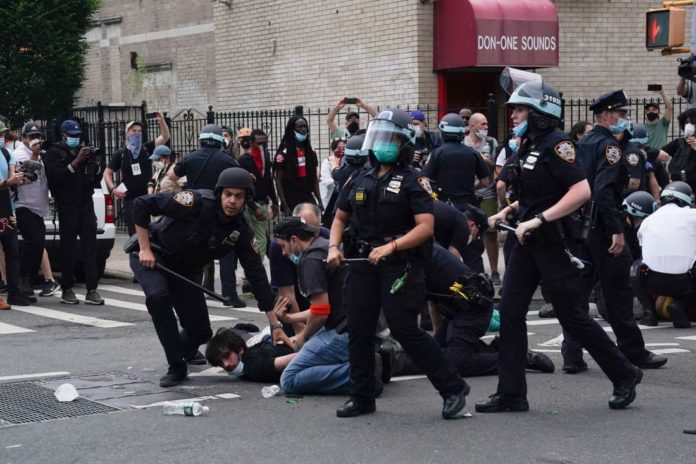 STOCKHOLM, Aug. 25 (Xinhua) -- Around 25 Swedes with links to violent right-wing extremism have either received military training or taken part in armed conflicts abroad, a new report from the Swedish Defense University showed. The Swedish Security Service (Sapo) believes this increases the risk of attacks in Sweden.

According to Sapo, which contributed to the report, these 25 individuals could pose a threat to Sweden, as their experiences abroad may have increased their ability and willingness to carry out attacks after returning home.

"We're talking about different kinds of weapons training, in handling weapons, in tactics and so on," Ahn-Za Hagstrom, senior analyst at Sapo, told Radio Sweden on Tuesday.

In the report published by the Swedish National Defense College on Tuesday, Sapo has contributed new information about around 500 people who in 2018 and 2019 were part of the agency's follow-up work against the pro-violence right-wing extremist environment.

Sapo found that 17 of those individuals had received so-called paramilitary training abroad, including in Russia, the Czech Republic, Poland and Bulgaria, with a further nine having taken part in the armed conflict in Ukraine, Radio Sweden reported.

Asked whether these 25 individuals may carry out violent acts in Sweden, Hagstrom said one would have to consider each individual on a case-by-case basis, but that they also tend to propagate for armed conflict after their return to Sweden.

"Our task is to judge whether that is also something they are likely to act on," Hagstrom told Radio Sweden.