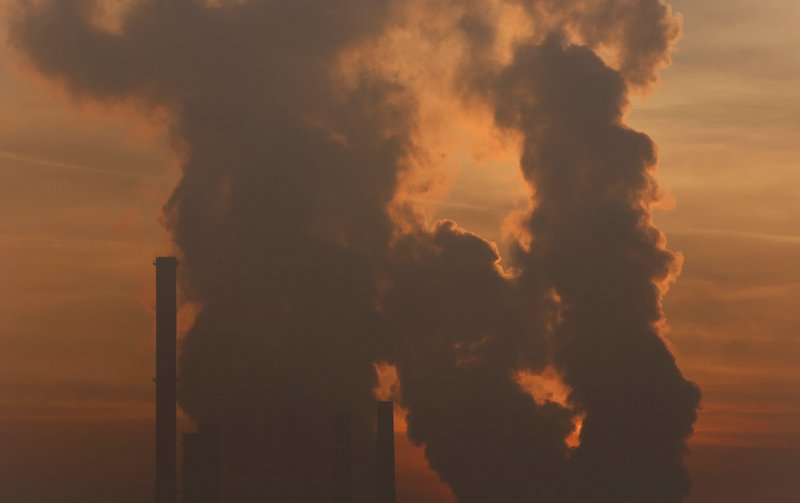 In this file photo dated Saturday, Dec. 12, 2015, the sun sets behind smoke emitting from a coal powered power plant in the Bosnian town of Tuzla, 120 kms north of Sarajevo, Bosnia. (Photo: AP)

The CEE Bankwatch Network group, the Health and Environment Alliance (HEAL) and the Center for Ecology and Energy in Bosnia and Herzegovina, also urged authorities in a report to scrap plans to build another coal-fired unit in addition to the local lignite power plant.

The report says the plant and its adjacent open-cast mines and ash disposal site are the main sources of pollution in Tuzla.

There has been no immediate official reaction. The report says dust pollution in Tuzla has been twice the legal limit on two thirds of monitored days in 2018, causing more than 100 premature deaths.

“People in Tuzla have already been protesting against air pollution, feeling that their city is one of the most polluted in the world,” said Denis Zisko from the Center for Energy and Ecology. “The data we publish today shows just how serious the problem is and how authorities in Bosnia and Herzegovina, who are failing to even do proper monitoring of smog levels, are directly responsible for hundreds of deaths and thousands of cases of illness.”

The report urged the authorities to introduce short- and long-term measures to reduce coal pollution and upgrade the air monitoring network to identify the true magnitude of the impact on health.

The new planned coal plant unit — which will be financed by China and has been criticized by European Union officials — would add to the total installed capacity at the existing plant and come with another polluting ash pond, which would only increase air pollution when dry, warned Ioana Ciuta from CEE Bankwatch Network.

“One of the most shocking aspects is that authorities are presenting the construction of a new coal unit in Tuzla as part of the solution,” she said. “People in Tuzla must not fall for such a lie.”