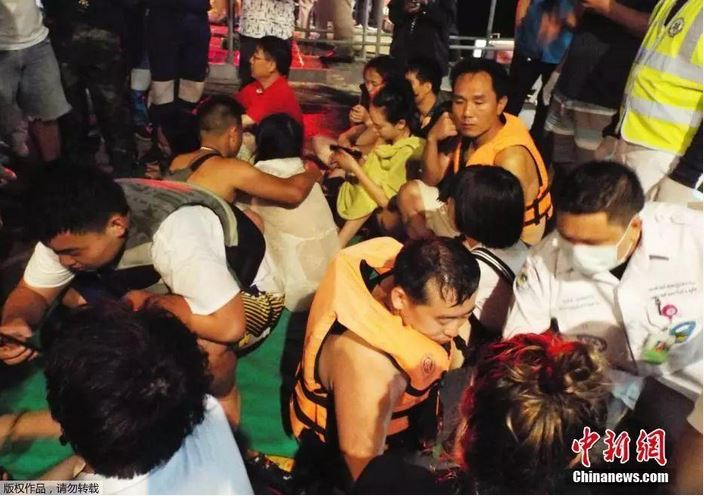 Li Yinyin, a reporter with China News Service, was on one of the passenger boats. She described the experience in her reporter’s note after the accident.

I have to write this down before tomorrow comes. It was truly the most horrible hours of my entire life. To be more specific, two and a half hours.

I was travelling with my family near the island of Phuket on the day of the storm.

At 9:30 am, when the guide asked us to get on the boat, the sun was shining and my family put on sunscreen.

The boat was called Cape no.7, the name came from its hull structure, as it is half-opened - no windows or walls around. It could only carry around 30 passengers. 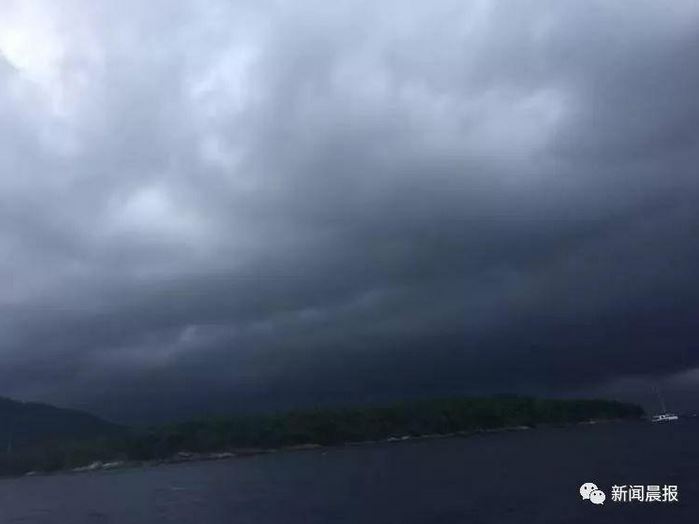 I think back to 4:27 pm. I knew the exact time by looking at one of the photos taken.

Thirty minutes before that, we had just come back from visiting the Coral Island and Racha Islands. We were wrapping up for the day.

Someone from our boat got a Oncorhynchus keta, which is a kind of fish with a deep blue body. I had my younger son take a picture with the fish.

That photo was taken at 4:27 p.m. I did not notice the sky was already getting dark.

The interpreter informed us that it was going to rain hard and that we should head back immediately.

At that point, we were next to the Racha Islands, which is about 1.5 hours away from the main Island. However, that time estimate was calculated based on our morning trip with sunshine and no adverse weather. 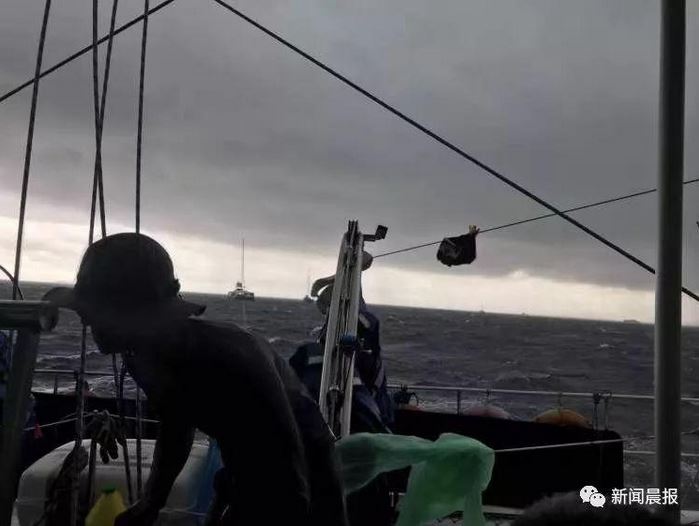 At first, rain just poured into the boat. The captain asked us to put down a plastic cover, but that offered little help.

Then the wind started howling and we became trapped in a furious storm. The waves reached as high as buildings.

During this time, I asked if we could wear the boat’s life preservers in case we got stranded at sea. The other passengers agreed with me and we all donned the life jackets. This decision could have saved lives since most of the rescued people on TV were wearing their life jackets.

The storm became so bad that people could not even open their eyes.

To calm my son, who asked when we would get back to shore, I had him count to 100 to take his mind off the situation. When he started to count, I could see his mouth move, but could not hear him at all.

I remember saying to my husband “Save the kids first if anything happens.”

He started to count, but I could only see his mouth opened and closed mechanically, nothing else.

My father-in-law was stricken with sea sickness – a rare occurrence according to his wife, since he had been a helmsman for more than 10 years. She had always been optimistic and encouraged us throughout the entire ordeal.

The passengers lost track of time and all we could hear was the sound of the ocean’s waves.

When my husband asked the captain when we would reach the shore – he just replied “Soon.”

In fact, “soon” meant another 50 minutes until we could actually see the shore.

Everyone was relieved at the site of the shore and the captain had another experienced many take over the helm.

We finally got ashore at 7:08 p.m. and our guide said that was the second time he encountered such a terrible storm. He mentioned that three other boats in the area had capsized and that rescue missions were underway.

Right now, I am typing all of this in the hotel. It is good to be alive!

I hope the rescue efforts will be fast and efficient!