WORLD Reports of sexual assault in the US military spike

Reports of sexual assault in the US military spike 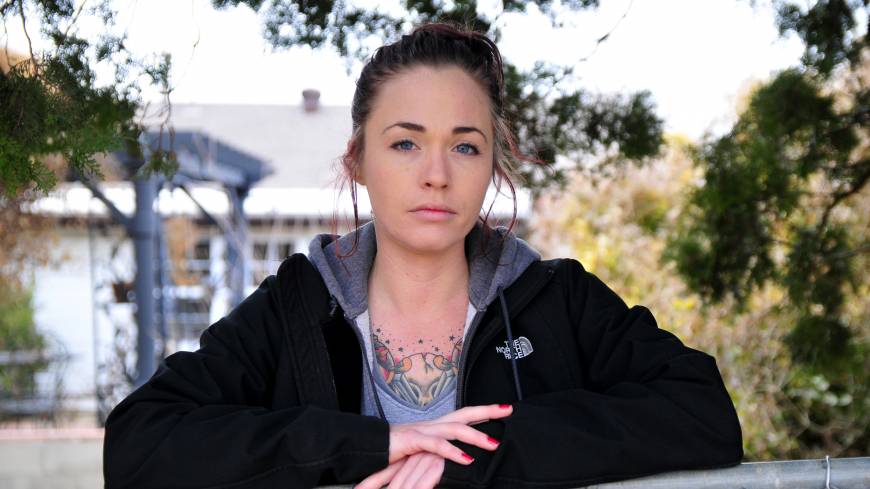 Tina Wilson, a victim of sexual assault while serving in the US Navy, stands outside of her brother's home in Del City, Oklahoma, on January 31, 2019. (Photo: AP)

The survey results found that more than 20,000 service members said they experienced some type of sexual assault, but only a third of those filed a formal report.

The survey number is about 37% higher than two years ago, when one was last done, fueling frustration within the department and outrage on Capitol Hill.

“I am tired of the statement I get over and over from the chain of command: ‘We got this, madam, we got this.’ You don’t have it!” Sen. Kirsten Gillibrand, a New York Democrat, shouted during a Senate Armed Services Committee confirmation hearing Thursday for Army Gen. James McConville. “You’re failing us.”

McConville has been nominated to be the next chief of staff of the Army, and that service saw a spike of more than 18% in the number of sexual assault reports filed last year. The Marine Corp had the largest jump, at 23%, while the Navy saw a 7% increase and the Air Force was up by about 4%.

The Pentagon releases a report every year on the number of sexual assaults reported by troops. But because sexual assault is a highly underreported crime, the department sends out an anonymous survey every two years to get a clearer picture of the problem.

The increase in assaults has triggered another round of new Pentagon programs and initiatives to try to reduce misconduct.

Nate Galbreath, deputy director of the Pentagon’s Sexual Assault Prevention and Response Office, told reporters Thursday that the latest numbers are “disheartening and it personally makes me angry,” but he said he’s “not without hope.”

The survey found that young and junior enlisted women between 17 and 20 were most likely to experience sexual assault. In the vast majority of the cases the alleged perpetrator was a military man, often near the same rank as the victim and usually someone she knows.

Galbreath said the department has to reassess why prevention programs are not working as well with younger troops and adjust those efforts to better reach them. Programs that worked a few years ago, he said, are no longer effective.