WORLD Republicans appear all but certain to pass tax legislation

Republicans appear all but certain to pass tax legislation 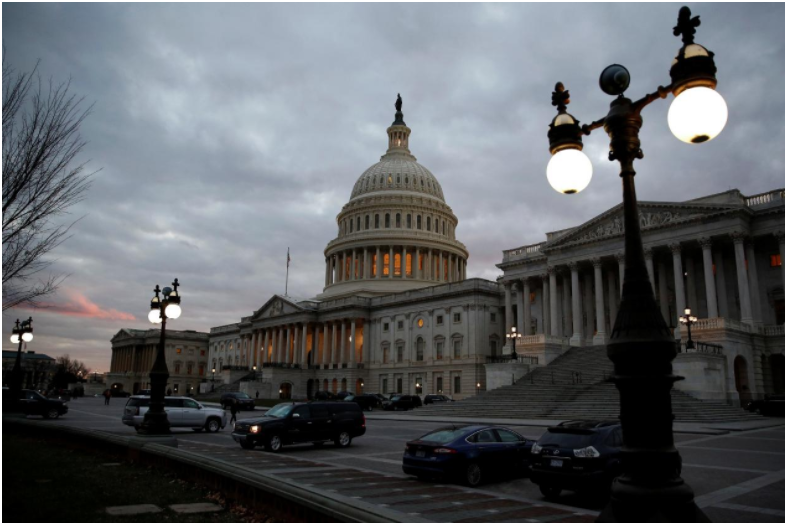 The US Capitol building is lit at dusk ahead of planned votes on tax reform in Washington, US, December 18, 2017. Photo: REUTERS/Joshua Roberts

The Republican-controlled US Congress appeared all but certain to pass sweeping tax legislation this week after two Senate Republican holdouts agreed on Monday to support a tax overhaul backed by President Donald Trump.

As the Republicans’ self-imposed Friday voting deadline loomed, Senators Susan Collins and Mike Lee each said they had decided to back the legislation hammered out last week among Republicans from the Senate and House of Representatives.

“The first major overhaul of our tax code since 1986, this legislation will provide tax relief to working families, encourage the creation of jobs right here in America and spur economic growth that will benefit all Americans,” Collins said on the floor of the Senate while announcing her support.

The Maine Republican had been undecided on the legislation. Lee had been similarly undecided until the Utah Republican tweeted earlier in the day that he would “proudly” vote for the bill.

The House of Representatives, which is also expected to adopt the bill, was due to vote first at around 1:30 p.m. (1830 GMT) on Tuesday, Republican aides said. The Senate vote is expected to follow either later on Tuesday or on Wednesday.

“We will get it on the president’s desk for him to sign into law before Christmas, as we pledged,” predicted No. 2 Senate Republican John Cornyn, who said the Senate would begin 10 hours of debate after receiving the House-approved measure.

White House officials said on Monday that Vice President Mike Pence, who would cast the tiebreaking vote in the Senate if necessary, was delaying his trip to Egypt and Israel this week to be in Washington for the vote on the tax plan.

“The tax vote is still in very good shape, but we don’t want to take any chances,” a White House official said.

The package of tax cuts for businesses and individuals, if enacted, would overhaul the US tax code for the first time in more than 30 years and give Republicans their first major legislative victory of Trump’s presidency.

Republicans, who believe they must act to preserve their House and Senate majorities in next year’s congressional elections, insist the tax cuts will drive US economic growth higher and create jobs. 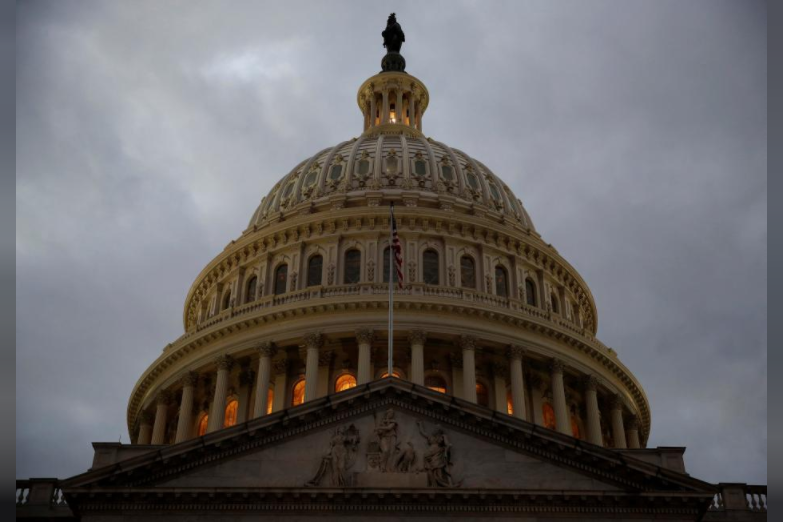 The US Capitol building is lit at dusk ahead of planned votes on tax reform in Washington, US, December 18, 2017. Photo: REUTERS/Joshua Roberts

Democrats, who oppose it, describe the legislation as a giveaway to corporations and wealthy Americans that will add $1.5 trillion to the federal deficit over the next decade while raising taxes on some middle-class taxpayers.

Lawmakers in the House, where Republicans hold a 239-193 seat majority, are expected to approve the legislation largely along party lines. A smattering of “no” votes is likely from Republican fiscal hawks and lawmakers from New York, New Jersey and California who oppose a provision that would scale back a popular deduction for state and local taxes.

Both the House and Senate must approve the measure before Trump can sign it into law.

The 100-seat Senate, where Republicans have only a 52-48 majority, proved to be the graveyard for last summer’s Republican drive to overturn former Democratic President Barack Obama’s healthcare law, when three Republicans opposed the measure.

The tax overhaul has also faced challenges. But the specter of failure appeared to lift on Monday, as Congress closed in on final votes.

Senate Republicans can afford to lose no more than two votes if they intend to pass tax legislation, and they are already down one vote. Senator John McCain, who is undergoing treatment for brain cancer, will not be available to support the bill because he is spending time with family in Arizona.

With support from Collins and Lee, only Senator Jeff Flake of Arizona remained undecided.

A fifth Republican, Senator Thad Cochran of Mississippi, has missed votes for health reasons this year but was expected to be on hand to support the tax bill.

Republican Senator Bob Corker, a fiscal hawk, voted against the initial Senate bill but has said he will support final legislation.