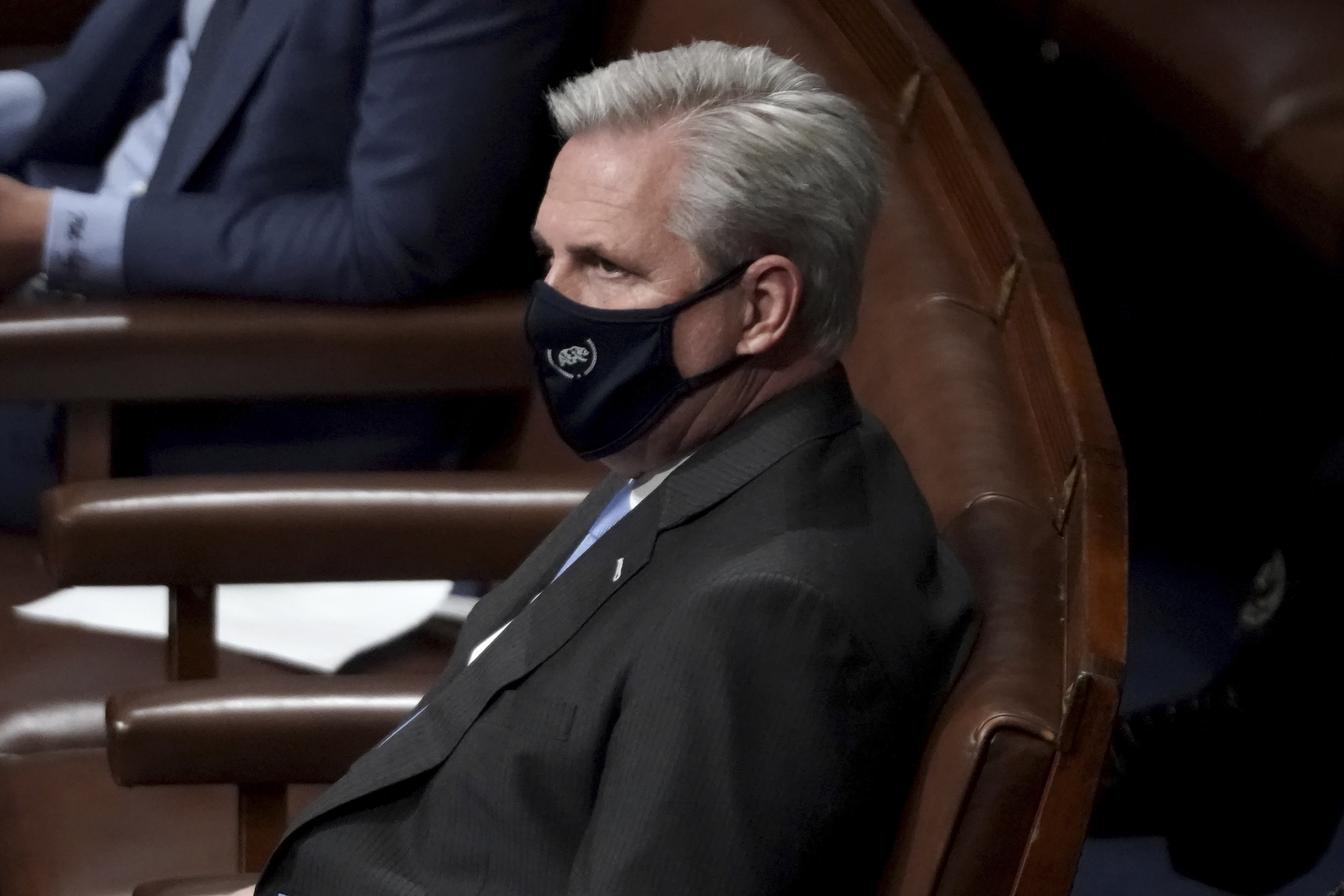 House Minority Leader Kevin McCarthy, looks on in the House Chamber after they reconvened for arguments over the objection of certifying Arizona's Electoral College votes in November's election, at the Capitol in Washington D.C., U.S., January 6, 2021. (Photo: agencies)

Republicans in the U.S. Congress faced growing blowback on Monday from businesses that said they would cut off campaign contributions to those who voted last week to challenge President-elect Joe Biden's victory.

The announcements by Amazon.com, General Electric Co, Dow Jones & Company, AT&T, Comcast Corp, Verizon Communications Inc, American Express Co, Airbnb Inc, Cisco Systems Inc, Best Buy Co Inc and Mastercard Inc, among others, threaten to throttle fundraising resources for Republicans who will soon be out of power in the White House and both chambers of Congress.

"Given the unacceptable attempt to undermine a legitimate democratic process, the Amazon PAC (political action committee) has suspended contributions to any member of Congress who voted to override the results of the U.S. presidential election," Amazon spokesperson Jodi Seth said.

The announcements are a sign that some corporate donors, which typically spread their money widely around Capitol Hill, are reassessing their strategy after supporters of President Donald Trump attacked the Capitol last week in an effort to prevent Congress from formalizing Biden's victory.

It is unclear whether their decisions will have a lasting impact. Fundraising activity is currently at a post-election lull in Washington, giving businesses and trade groups some time to figure out their approach.

GE's suspension will last through the end of 2022 and then the employee board that oversees its political action committee will consider requests for support for those lawmakers who opposed certification "on a case-by-case basis."

A total of 147 Republicans in the House of Representatives and the Senate voted to challenge Biden's victory in Pennsylvania or Arizona after the sessions to certify Biden's election win was reconvened, even though both states already formally certified the results and election officials say there were no significant problems with the vote.

Those voting yes included the top two House Republicans, Kevin McCarthy and Steve Scalise, and Senator Rick Scott, who as incoming head of the National Republican Senatorial Committee will head efforts to win back the Senate in the 2022 elections. All of their jobs require extensive fundraising.

Amazon said it would discuss concerns "directly with those members we have previously supported" before deciding whether to resume contributions.

The sheer extent of the Republican opposition will make it difficult for businesses to simply cut off those who voted against certifying Biden's victory, said a senior Republican business strategist, speaking on condition of anonymity. Roughly two-thirds of all House Republicans, including seasoned legislators and vocal Trump partisans, supported the challenge.

Business groups will be watching closely over the coming weeks to see whether those Republicans make gestures to reestablish a sense of normalcy, such as attending Biden's inauguration, the strategist said.

"Each of those people are going to be scrutinized," the strategist said. "Are they all going into the bucket of 'no contributions'? I would be shocked if they all get put in."

Trade associations are joining the boycott

Several analysts said the boycott may not be permanent, as the need for access on Capitol Hill might ultimately outweigh the risk of being seen as an underwriter of those who weaken U.S. democracy.

"It's very easy to suspend campaign contributions two months after an election. The question is whether these policies will remain in effect," said Stanford University law professor Nathaniel Persily.