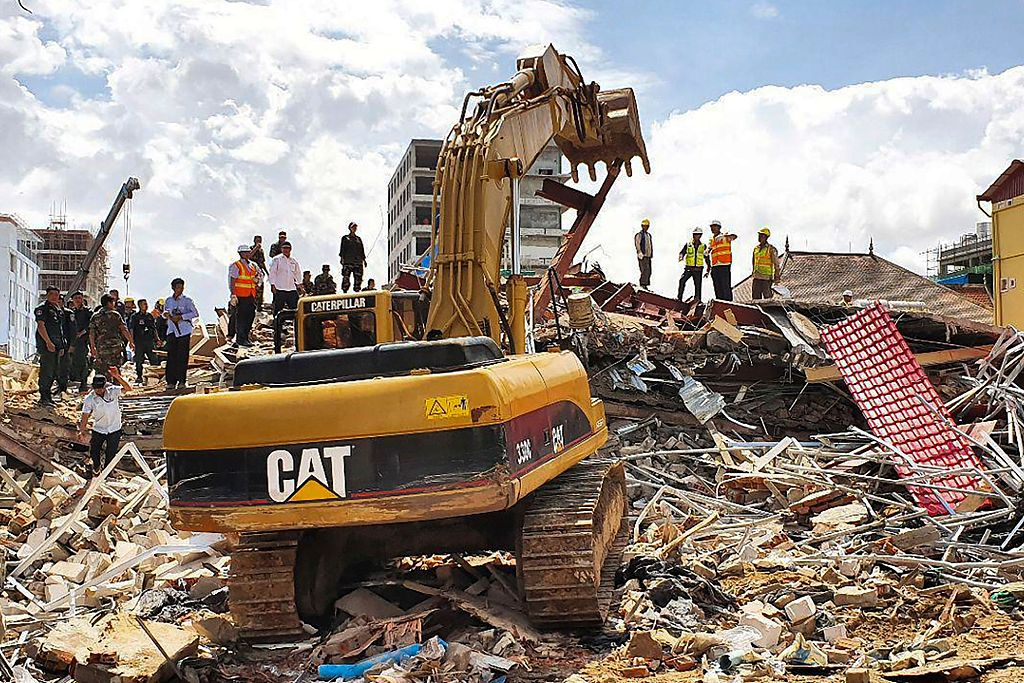 Rescue workers use an earthmover to clear debris after an under-construction building collapsed in Sihanoukville, June 22, 2109. (Photo: VCG)

The rescue operation concluded on Monday night at 7:30 p.m. local time, three days after an unlicensed building collapsed on Saturday in the coastal province of Preah Sihanouk, leaving a total of 28 construction workers dead and another 26 injured.

Four Chinese nationals including the owner of the building, two construction contractors and one on-site supervisor will be charged with three counts including intentional homicide and wounding, local court announced on Tuesday.

They have been held by police since Monday.

The collapse happened around 4:00 a.m. on Saturday in the coastal town of Sihanoukville, the largest in Preah Sihanouk Province. The building was nearly 80 percent complete when it collapsed.

The cause behind the collapse is not yet known and Cambodian Prime Minister Samdech Techo Hun Sen has ordered the competent authorities to take harsh action against unlicensed construction projects following the disaster.

Following the incident, Preah Sihanouk Provincial Governor Yun Min has stepped down. While the Senior Minister Nhim Vanda, the first vice-president of the National Committee for Disaster Management, has been sacked for irresponsibility and lying.