An Indian and an Irish sailor rescued from damaged sailboats in the remote southern Indian Ocean set foot on land on Tuesday when they reached an island to undergo medical assessments, officials said. 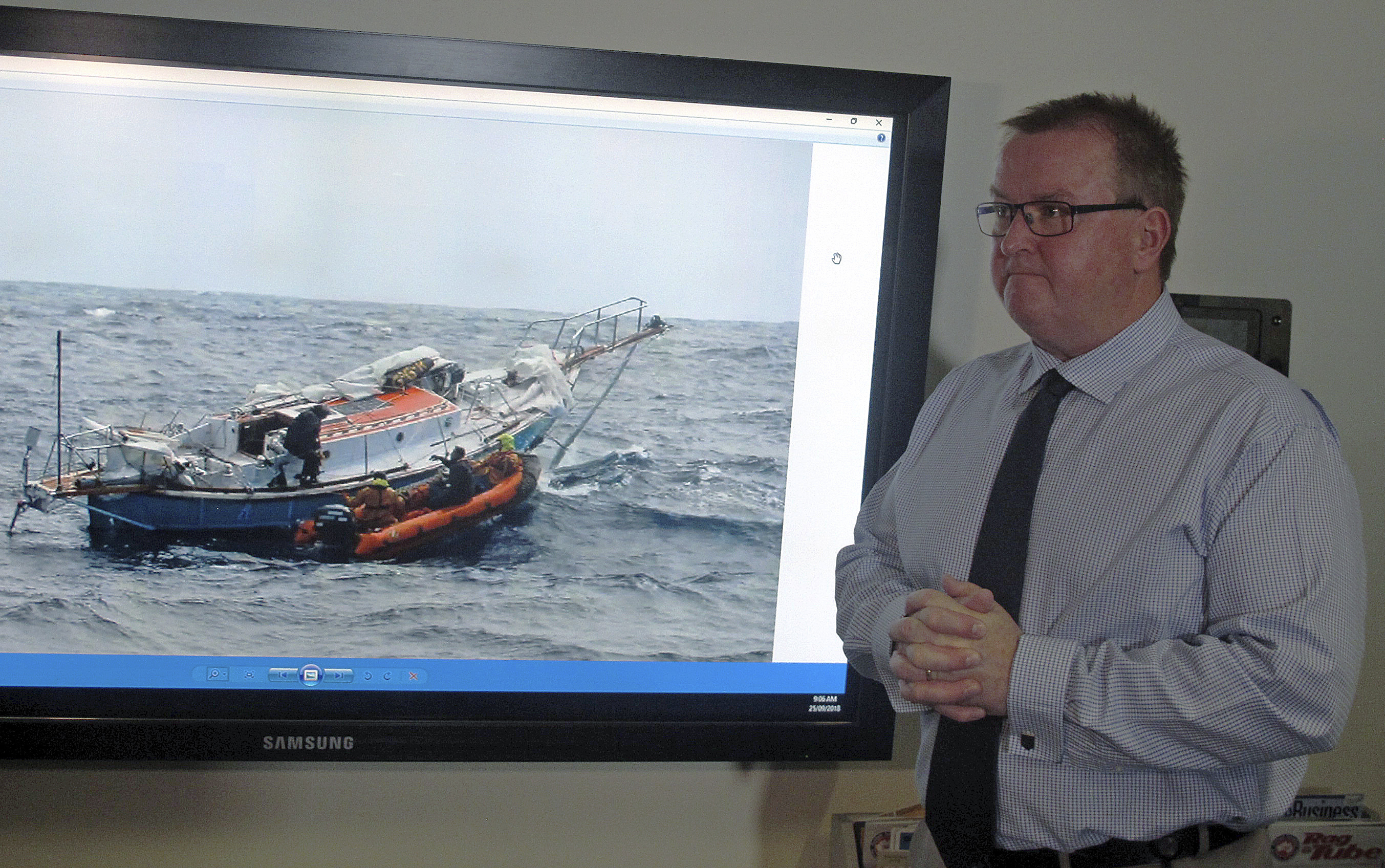 "They will be assessed by a medical team before any decisions are made," the authority said in a statement.

The station has a doctor and a small hospital where the conditions of both sailors will be assessed, said the authority's response center manager, Alan Lloyd. Tomy had reported a back injury during the storm that had left him bedridden.

"Both sailors have been reported as well," Lloyd told reporters. "Tomy was able to assist himself by transferring off the vessel onto the Osiris."

Indian Defense Minister Nirmala Sitharaman tweeted on Monday that it was "a sense of relief to know that naval officer" Tomy was "rescued by the French fishing vessel. He's conscious and doing okay."

She said an Indian navy frigate would take Tomy from Amsterdam Island to Mauritius for medical attention.

Lloyd said an Australian navy frigate would reach Amsterdam Island on Friday with plans to take the two sailors to the Australian port of Fremantle.

Whether Tomy goes to Mauritius or Fremantle will depend on his medical assessment at Amsterdam Island, Lloyd said.

"At this stage, we would suggest his condition is stable, but obviously we await the final medical advice," he said.

McGuckin lost both masts, but constructed a temporary jury-rig to get his sailboat to within a few kilometers (miles) of Tomy's boat in a bid to offer help. McGuckin was rescued more than four hours after Tomy, an authority statement said.

Indian navy spokesman Capt. D.K. Sharma said Monday that Tomy was in third place in the race that began in France on July 1 when he lost his mast.

"I'm sure he would have brought laurels to the country. Unfortunately, this feat could not be completed," Sharma said. "But we are very happy that he's safe and sound and we'll soon have him back."