Bangkok (People’s Daily) - Divers began their third mission on Tuesday morning to bring the remaining boys and their coach out of the Thai cave as monsoon rains pose a threat to rescue efforts, a local official said. 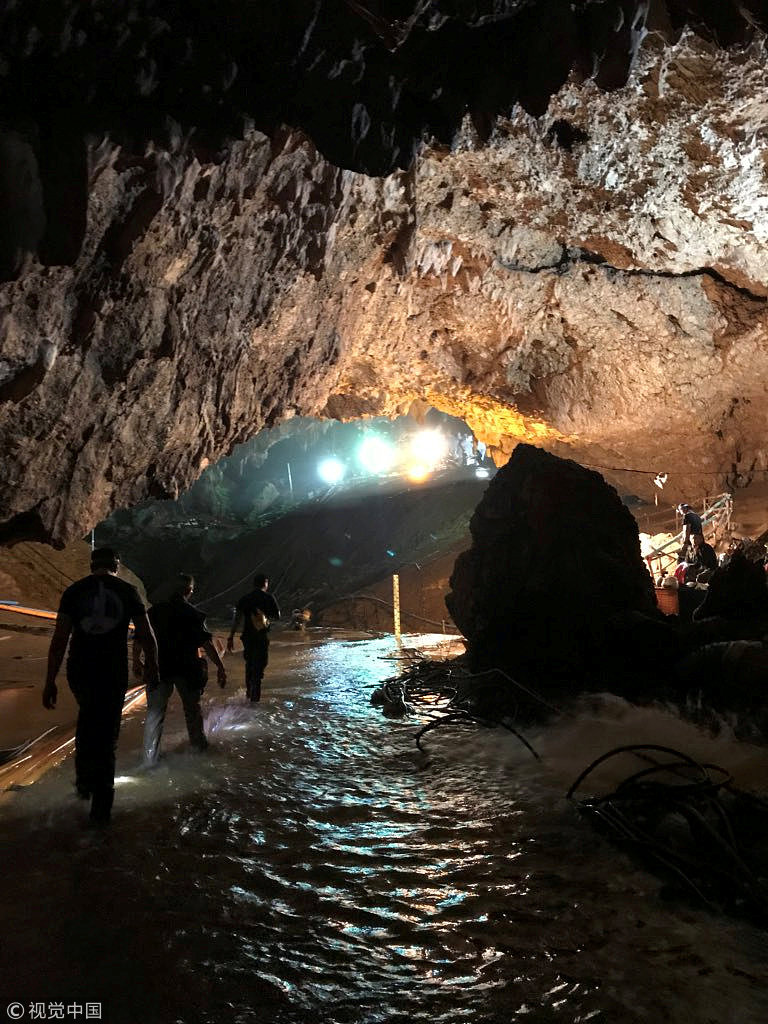 Rescue personnel walk in a cave at the Tham Luang cave complex during a mission to evacuate the remaining members of a soccer team trapped inside, in Chiang Rai, Thailand July 9, 2018, in this photo obtained from social media. (Photo: VCG)

Rescue efforts moved to their final stage on Tuesday after the previous two missions successfully extracted eight members of the youth soccer team.

Rescuers entered the cave at 10:08 am Tuesday local time, and if everything goes well, cave divers will escort the remaining four boys and their coach out in the evening, acting Chiang Raid governor Narongsak Osatanakon said.

Tuesday’s operations are expected to proceed at a faster pace because divers are familiar with the cave conditions, the governor said. Morning night’s downpour have added to the threat of rising waters in the cave, which may sabotage the way out for the soccer team and the rescuers.

The rescued eight boys are under close observation at a local hospital. Jesada Chokedamrongsuk, permanent secretary of the public health ministry, told reporters Tuesday at Chiang Rai hospital that all boys are in good health, including two who show signs of pneumonia. 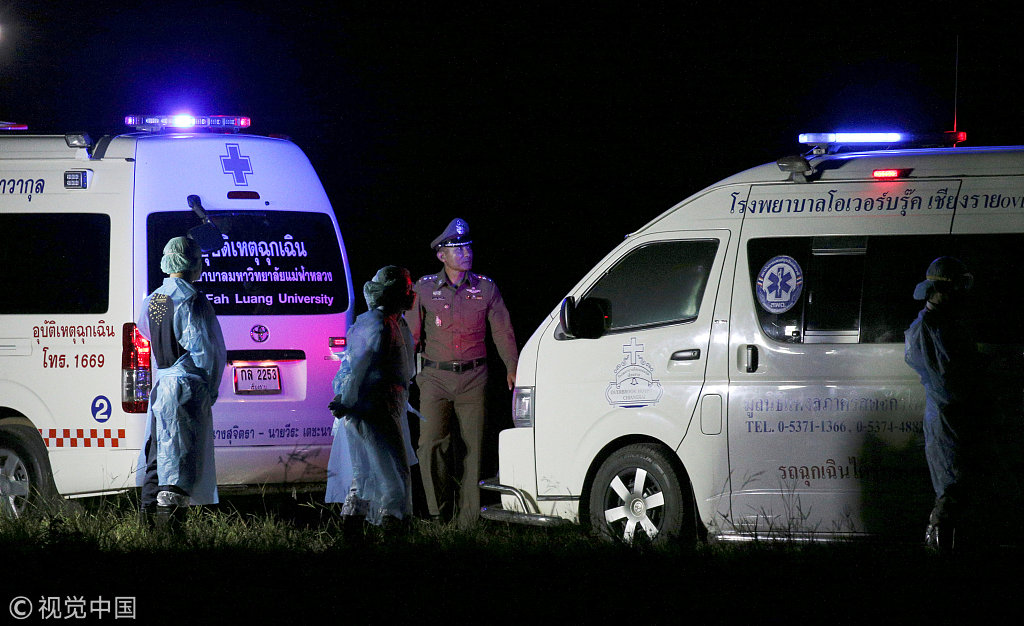 Ambulances wait to transport rescued schoolboys to a hospital at a military airport in Chiang Rai, Thailand, July 9, 2018. (Photo: VCG)