Dozens of firefighters Tuesday battled a major wildfire that forced the evacuation of a monastery and villagers on the Greek island of Evia as smoke from the blaze reached as far as Athens, authorities said. 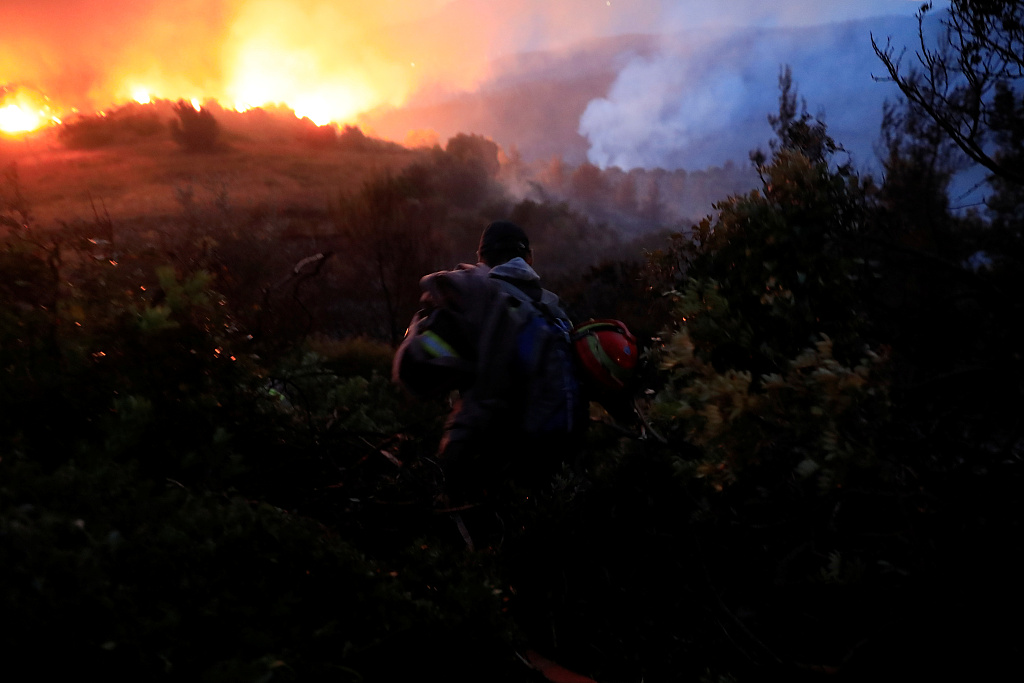 Authorities evacuated some 500 residents from the villages of Kontodespoti and Makrymalli as the flames neared homes, officials said.

"There are flames all around and it's difficult to breathe... house yards are on fire," Dirfys-Messapia mayor Yiorgos Psathas told state TV ERT.

"We will order more evacuations if the need arises," he added.

The fire on Greece's second largest island after Crete, located northeast of Athens, started at about 3 am (0000 GMT) at the side of a road and was quickly spread by strong winds through the dry vegetation, the semi-official news agency ANA said.

The monastery of Panagia Makrymallis was evacuated first as a precaution, TV SKAI said.

Over 200 firefighters were fighting the blaze backed by 75 fire trucks and five water-bombing helicopters and six planes.

The winds blew the smoke from the blazing pine forest north toward the Magnesia region and south to the Attica peninsula and Athens.

ANA said the pine forests on Evia are part of the "Natura 2000" European network of protected areas and habitats.

Greece has been hit by a spate of wildfires since the weekend amid gale-force winds and temperatures of 40 degrees Celsius (104 F).

On Monday, a major forest fire threatening homes in Peania, an eastern suburb of Athens, was brought under control. At least two houses were burned but there were no reports of injuries.

On Sunday, a fire on the small island of Elafonissos, in the Peloponnese region, was brought under control after a two-day battle.