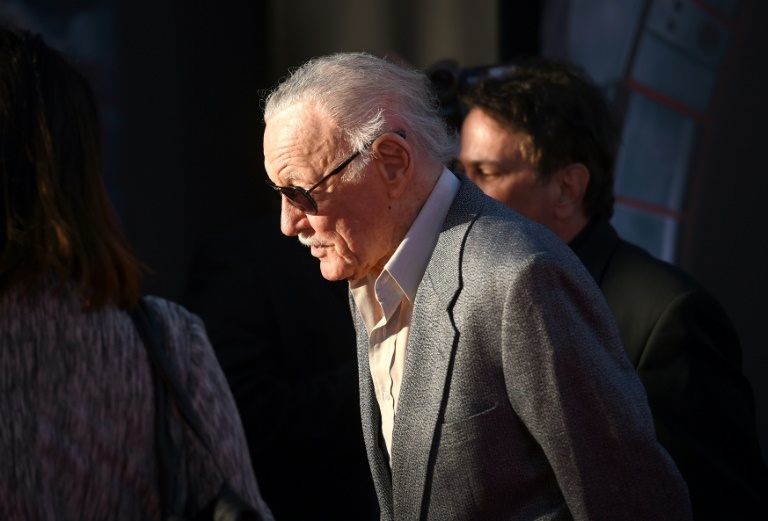 A temporary restraining order has been issued against a man who has been taking care of 95-year-old Marvel Comics legend Stan Lee.(Photo: AFP)

A Los Angeles court has issued a temporary restraining order against a man who has been taking care of 95-year-old Marvel Comics legend Stan Lee.

The court order against Keya Morgan, which alleges elder abuse, was in response to a petition filed by Tom Lallas, Lee's former attorney, the TMZ website and other US media outlets reported.

It comes amid a struggle over Lee's fortune, estimated at $50 million, and concerns about his mental and physical health since the death in July 2017 of his wife, Joan.

Lallas, in documents seeking the restraining order, claimed that Morgan is a "memorabilia collector who inserted himself into Mr. Lee's life as his caregiver."

Lee's former attorney, who is seeking guardianship, alleged that Morgan is "unduly influencing Mr. Lee and isolating him."

Lee, the co-creator of Spider-Man, the X-Men and other superheroes, posted a video on Twitter last week stating that Morgan was his "only partner and business manager."

Morgan, in a statement to TMZ, said he has "taken great care of Stan Lee for the past many years, and have never had a problem directly with Stan."

"I will 100 percent prove beyond a shadow of a doubt that the allegations against me are false," he said. "The truth will come out."

The temporary restraining order requires Morgan to stay away from Lee until a court hearing in the case on July 6.