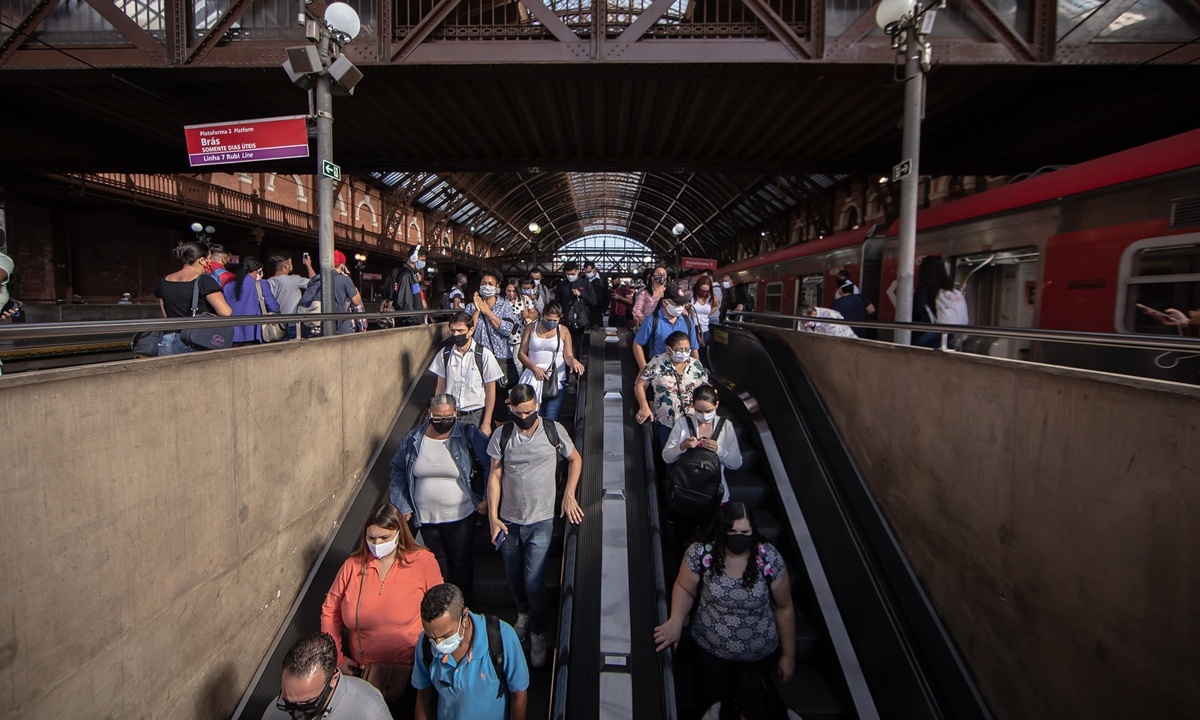 RIO DE JANEIRO, Oct. 8 (Xinhua) -- Brazil's retail sales, one of the engines of the country's economy, grew 3.4 percent in August compared to July to mark a 20-year high and to break the previous record, set in October 2014, by 2.6 percent, it was reported on Thursday.

According to data released by the state-run Brazilian Institute of Geography and Statistics (IBGE), compared to August 2019, retail sales rose 6.1 percent, but fell by 0.9 percent in the first eight months of the year compared to the same period last year. In the 12 months ending October, sales grew 0.5 percent.

Retail sales volume maintained an upward trend in August that began in May, after hitting record lows in March and April as a result of the novel coronavirus (COVID-19) pandemic.

This fourth consecutive monthly increase erased the losses caused by the pandemic.

"The sector reached its highest level of sales since 2000, 2.6 percent above the previous record from October 2014," the IBGE said.

The increase in sales helps the recovery of Brazil's economy, which in recent months has shown positive indicators after being battered by the virus.

However, the financial market still expects the economy to shrink by 5.02 percent this year.