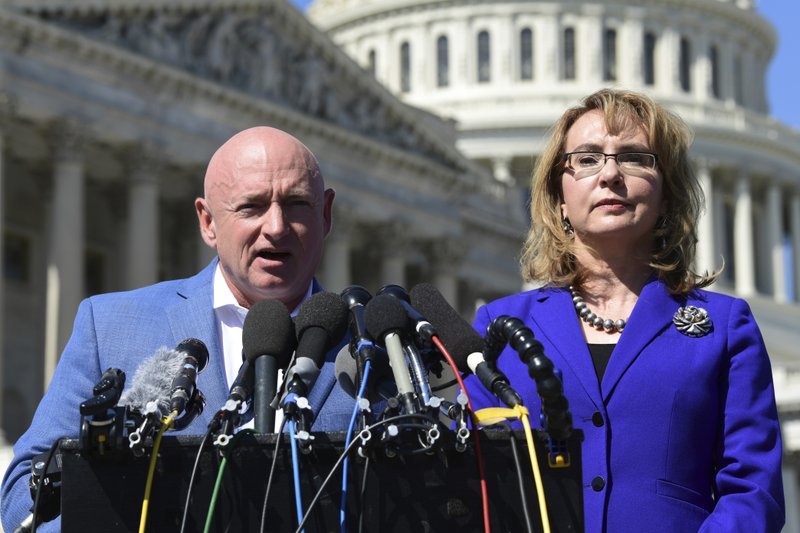 Retired astronaut Mark Kelly is kicking off his US Senate campaign Saturday with a rally in Tucson not far from the site where his wife, Gabrielle Giffords, survived a shooting when she was a congresswoman. That attack in 2011 led Kelly to leave NASA and become a political activist, pushing for gun control.

Kelly, who has never held elected office, is the first Democrat to enter the 2020 race. The seat is now held by Republican Martha McSally, a former congresswoman and Air Force pilot who was appointed by Arizona’s GOP governor after longtime GOP Sen. John McCain died.

Next year’s election will decide who finishes the final two years of McCain’s term. It’s expected to be closely contested, with Arizona increasingly competitive after decades of Republican dominance.

Kelly planned an appearance a downtown hotel about 9 miles from the grocery store where Giffords was shot in the head and six people died during a constituent event on Jan. 8, 2011.

Kelly, who was living in Houston at the time and stationed at NASA’s headquarters, retired from the space agency and moved to Tucson in 2012. He and Giffords pushed Congress, with little success, to enact gun control measures. They shifted their focus to state legislatures in recent years, helping to strengthen background checks and domestic violence protections.

He said he raised more than $1 million in the first 24 hours after his announcement Feb. 12 that he was running.

US Rep. Ruben Gallego of Phoenix, who has strong ties to Democratic activists, also is considering a run.

Kelly flew combat missions during the first Gulf War and was a Navy test pilot before becoming an astronaut along with his twin brother, Scott. Mark Kelly flew four space missions over 10 years and commanded the Space Shuttle Endeavor in 2011.

McSally was appointed to temporarily fill McCain’s seat after she narrowly lost to Democrat Kyrsten Sinema in the 2018 race for Arizona’s other Senate seat. McSally was elected to the House in 2014, defeating Ron Barber, a Giffords congressional staffer who was injured in the 2011 shooting and won a special election to replace her after she resigned.