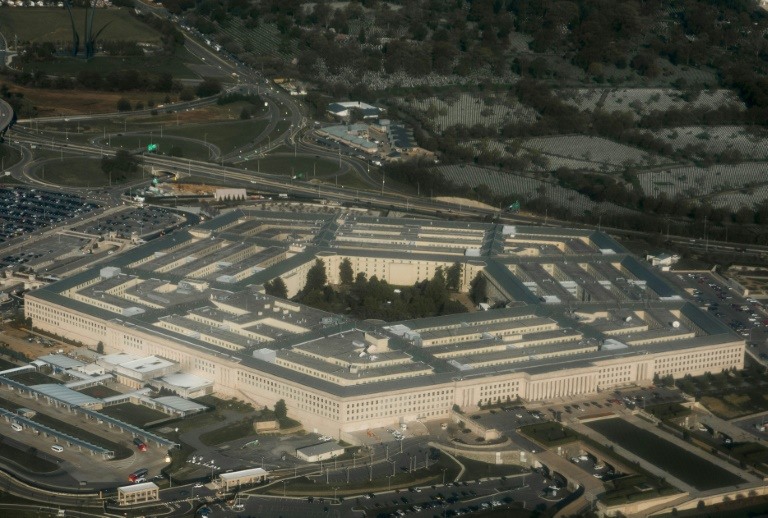 The Pentagon says its UFO-hunting program wound down five years ago, but the New York Times reported it is still in operation. Photo: AFP

The Pentagon has acknowledged funding a secret multi-million dollar program to investigate sightings of UFOs.

The shadowy program ended in 2012, according to the Defense Department, but the New York Times reported that it is still up and running -- with officials continuing to study incidents brought to their attention by US military service members while performing their regular duties at the Pentagon.

The so-called Advanced Aviation Threat Identification Program operated from 2007 to 2012 and had $22 million a year in funding tucked away in the Pentagon's gargantuan budget, the Times said, quoting program participants and records.

The program yielded documents describing sightings of unidentified flying aircraft that apparently moved very fast with no visible sign of propulsion or hovered with no apparent means of lift, the Times said.

This included one released in August of a whitish oval object about the size of a jetliner, being pursued by two Navy fighter jets from an aircraft carrier off the California coast in 2004, the paper added.

The Department of Defense said in a statement the program is now over.

"The Advanced Aviation Threat Identification Program ended in the 2012 timeframe. It was determined that there were other, higher priority issues that merited funding and it was in the best interest of the DoD to make a change," it said.

It added: "The DoD takes seriously all threats and potential threats to our people, our assets, and our mission and takes action whenever credible information is developed."

The program was initially funded at the request of then Senator Harry Reid, the chamber's majority leader at the time and a long-time enthusiast of space phenomena, the Times said.

Most of the money in the program went to an aerospace research company run by Robert Bigelow, a billionaire entrepreneur and longtime friend of Reid, the Times said.

"If anyone says they have the answers, they're fooling themselves," Reid, who retired from Congress last year, said in a tweet Saturday night.

"We don't know the answers but we have plenty of evidence to support asking the questions. This is about science and national security. If America doesn't take the lead in answering these questions, others will," Reid wrote.