Revival of Belt & Road project a huge boost for many regions 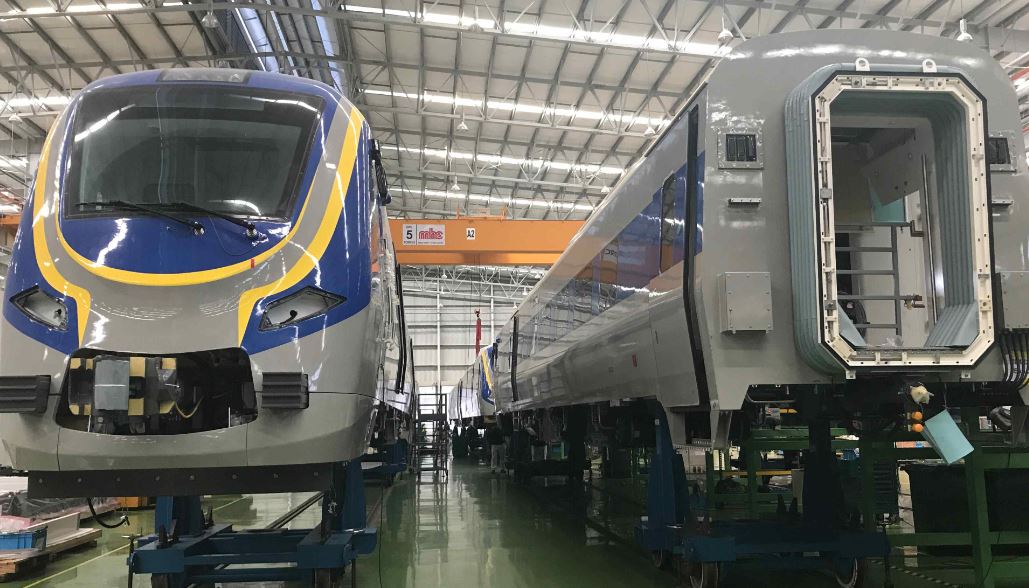 At the CRRC plant in central Malaysia, workers are busy assembling diesel-electric hybrid trains for Malaysia's main north-south rail line, as well as second-generation models for its electric train service.

The major Chinese train maker and the rolling stock company started operations here in late 2015, anticipating a wave of upcoming rail and rapid transit projects. And they weren't wrong.

Aside from the mainline trains, they have built train sets for Kuala Lumpur's light rail system expansion and for a suburban commuter rail service.

And they don't think the rail boom in the country or region is anywhere near over.

CRRC has brought an undoubted economic and employment boost to the state of Perak, once renowned as one of the world's tin mining capitals.

Nearly 84 percent of its workforce is local, getting specialized training and skills upgrading, including being sent to China for advanced education.

Huang says Malaysia is ideally placed at the center of Southeast Asia to allow CRRC to offer products and services for future Belt and Road-related rail projects.

And right now, those projects don't come any bigger than the East Coast Rail Link (ECRL) spanning Malaysia's peninsula from its big west coast ports to the east coast and north to the Thai border.

China Communications Construction Company, CCCC, as the lead contractor, and CRRC would definitely be expected to have a role to play in that project.

The ECRL appeared to have been canceled after Malaysia's new ruling alliance took power after last May's elections. But after months of intensive negotiations, it is back on with a revised deal. It's a great relief to people in towns along the route, which takes in some of the least developed parts of Peninsular Malaysia.

I visited the town of Mentakab in Pahang state. It's about a 20-minute drive off the highway that links Kuala Lumpur to the east coast. And ever since the new highway bypassed the town 15 years ago, it has fallen into decline.

Virtually all the commercial buildings in town looked in desperate need of a fresh coat of paint. Many shops were shuttered. The president of the district's Chinese Chamber of Commerce, Chris Lai, told me that only locals shopped in the town these days, and there was very little industry to speak of.

"When the new government decided to terminate the (East Coast Rail Link) project, we were so disappointed," Lai says. And they are thrilled that the project is back on.

The new line will allow manufacturers to swiftly and inexpensively move their goods by rail from Mentakab and the surrounding Temerloh district to ports on either the east or west coast.

"With the abundance of land in Temerloh District with a very reasonable price I think the manufacturers from overseas or from other states might come here and invest" with the coming of the ECRL, Lai says.

In recent years, most of the town's young people had moved to the big cities to look for work. But now, Lai hopes, "with this new station I think the young people will come back to their hometown and start opportunity here."

It's a sentiment will be shared by people in many of the towns along the route of this major Belt and Road-inspired rail line.