Rhodes scholar and ‘Dreamer’ fears he can’t return to US 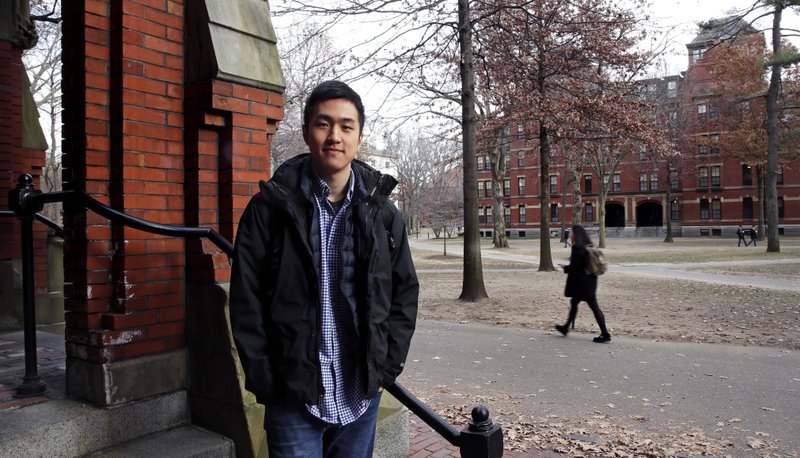 He became the first “Dreamer” to win the prestigious Rhodes scholarship, but for recent Harvard University graduate Jin Park, the joy of that achievement has given way to uncertainty.

The 22-year-old, who lives in New York City, risks not being allowed back in the country if he enrolls at the University of Oxford in England in the fall.

President Donald Trump’s administration rescinded the option for overseas travel for those with Deferred Action for Childhood Arrivals status, or DACA, when he moved to phase out the Obama-era program in 2017.

But travel abroad, which was allowed under limited circumstances such as academic study during the Obama administration, should still be permitted because the federal courts have upheld the program for now, argue Park and his supporters.

“If I leave, there’s a very real possibility that I won’t be able to come back. That’s the biggest fear for sure,” said Park, whose family came to the US from South Korea when he was 7 years old. “I haven’t really thought about what that’s going to mean if I’m not allowed back.”

Park says the joy of his Rhodes Scholarship achievement has given way to uncertainty in an interview on Jan. 4, 2019. (AP video)

DACA recipients, commonly called “Dreamers” because of never-passed proposals in Congress called the DREAM Act, are protected from deportation because they were brought into the country illegally at a young age.

Discussing the risks has been a delicate topic to broach with his parents, who cried out of joy when he won the scholarship, Park said.

“I’ve been avoiding that question,” he said days after graduating from Harvard last month. “This was especially meaningful for them. It was like a validation of the sacrifices they’ve made for me.”

Nearly 700,000 individuals are currently on DACA, which was created in 2012 and can be renewed every two years. To qualify, immigrants must have entered the country by 2007 and been under age 16 when they arrived.

The Trump administration issued an order winding down the program in 2017, but federal judges in New York, California and Washington, D.C., ruled against those efforts last year and have effectively kept the program running.

The administration, which is now seeking a Supreme Court review of those rulings, said last February it would honor travel requests approved before it moved to end DACA, but is also warned recipients that going abroad without so-called “advance parole” approval “automatically terminates your deferred action under DACA.”

Past Rhodes scholars and other Rhodes Trust supporters are volunteering their private counsel to Park in the meantime, but it’s a “matter of American law and not anything the Rhodes Trust can resolve alone,” said Elliot Gerson, the British organization’s American secretary. “Our hope is for federal action,” he added.

“The government should enforce the law as it currently stands, to allow Jin to fulfil his scholarly work,” said Kristian Ramos, a spokesman for Define American, an immigrant advocacy organization that supported Park in his Rhodes scholarship bid.

Park could turn down the scholarship but has decided against that route. He wants to continue to be a voice in the immigration debate and believes the benefits of going to Oxford outweigh the risks.

“I’m looking forward to having that unstructured time to think about these broader questions of who belongs in America and the value judgments we make about others,” he said.

Park has been a vocal advocate for DACA recipients since he was in high school. In 2015, he founded Higher Dreams, a nonprofit organization that helps students without permanent immigration status navigate the college application process.

With the backing of Harvard, Park applied for the Rhodes scholarship last year as part of a broader effort to underscore how DACA recipients didn’t qualify for the venerated award and others like it. The scholarship was created in 1902 by British businessmen and politician Cecil Rhodes and provides all expenses for at least two years of study at Oxford.

Park’s application — like a number of others in recent years — was rejected, but the message was received. The Rhodes organization changed its policy effective this year. Park re-applied and was accepted.

Gerson said the change reflects the organization’s efforts to expand eligibility. Legal permanent residents and residents of US territories like Puerto Rico have also been allowed to apply in recent years.

At Oxford, Park hopes to study migration and political theory as he weighs his future.

The molecular and cell biology major has also applied to medical school, but he hasn’t ruled out working in city government, where he believes he can make an impact on immigration policy “no matter who is in the White House.”

And regardless what happens next, Park has the conviction of knowing where home is.

“For me, I think of Queens, New York,” he said. “Whatever happens, I’m always going to know that fact. Even if I have to spend the rest of my life convincing the administration, or whoever comes next.”