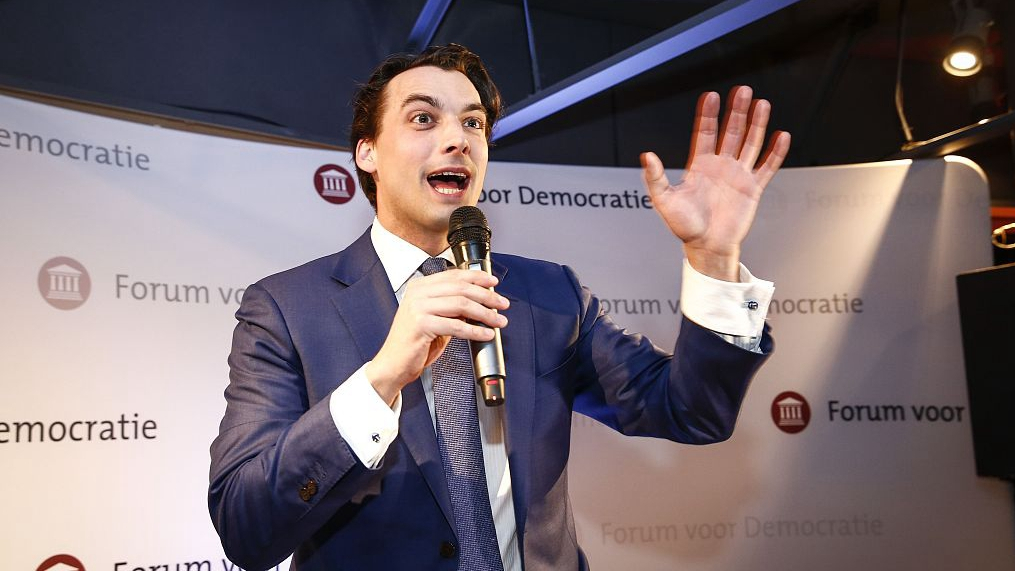 A new far-right party led by a charismatic 36-year-old is on course to become one of the largest in the Dutch Senate following provincial elections on Wednesday, preliminary results suggest.

The elections have serious repercussions for center-right Prime Minister Mark Rutte, whose governing coalition will lose control of the upper house of parliament in the Netherlands and be forced to turn to opposition parties to pass legislation.

The results are also an important indicator ahead of European Parliament elections in May – polls suggest populist parties will score major wins across the bloc.

Initial results backed up by exit polls show that the Forum for Democracy, led by Thierry Baudet and fielding candidates for the first time, was on course to win at least 10 seats in the 75-member Senate.

The Greens also look to be winners, doubling their seat total from four to eight, while Rutte's VVD party is set to drop from 13 seats to 12. The prime minister's four-party coalition lost seven seats overall, down from 38 to 31.

Baudet's success – at the expense of Geert Wilders' Freedom Party, which lost three seats after dominating the populist movement in the Netherlands for the past decade – was the story of the election, which took place against the backdrop of a possible terrorist attack in Utrecht.

The Forum for Democracy leader blamed the government's migration policy for Monday's tram shooting and refused to suspend campaigning in the aftermath despite all other parties doing so.

Three people were killed and three others seriously injured in the attack. A man of Turkish descent has been arrested, and police are investigating whether the motive was extremist.

Baudet has taken a leaf out of the Trump playbook, opposing immigration and promoting a "The Netherlands First" approach, and may now team up with the high profile Wilders to increase his party's influence.

"Successive Rutte governments have left our borders wide open, letting in hundreds of thousands of people with cultures completely different to ours," he told a rally on Wednesday night.

The former academic has previously called for the Netherlands to leave the European Union in a "Nexit" but cooled on the proposal given Britain's chaotic attempts to quit the bloc, an issue Rutte will discuss when he meets other EU leaders at the European Council meeting in Brussels on Thursday and Friday.

Rutte is closely associated with the European Union and has been linked with several top jobs in Brussels, including the role of European Council president when incumbent Donald Tusk steps down in December. He has so far insisted he will complete his term in The Hague, which runs until 2021.

The Dutch prime minister is now expected to reach out to the Greens to push through legislation, a move that could be controversial given a split within his coalition on climate change.

On Wednesday, 570 lawmakers were elected across 12 provincial governments. The lawmakers will in turn formally elect members of the Dutch Senate in May.