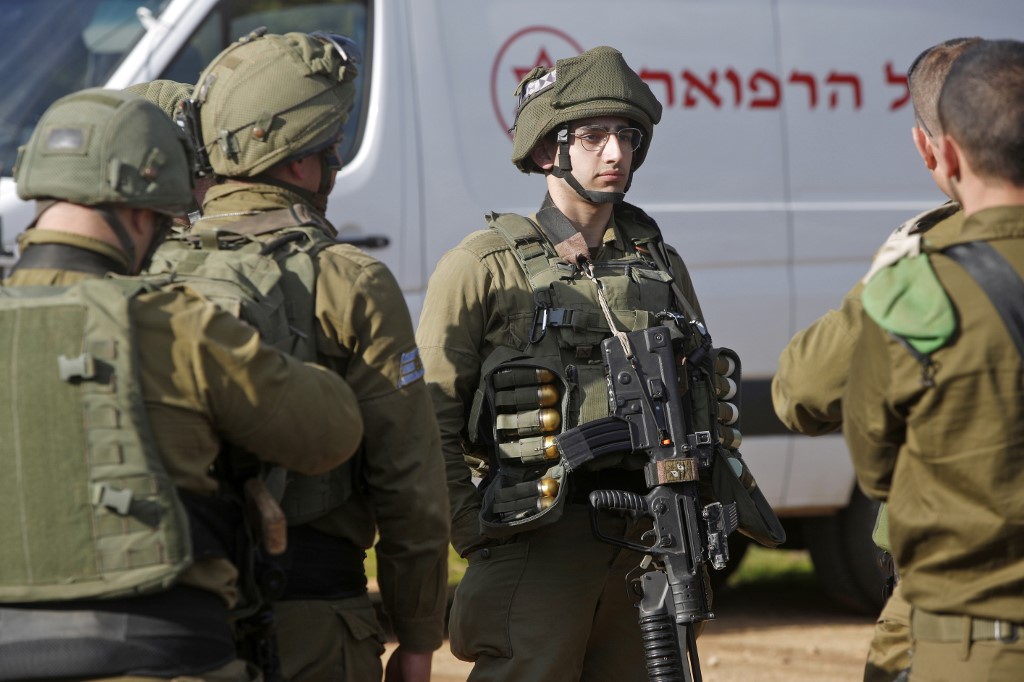 Israeli soldiers gather in the Israeli-annexed Golan Heights on the border with Syria on February 27, 2020, after a reported Israeli drone struck a vehicle in the Syrian southern village of Hader, in Quneitra region, on the edge of the Golan Heights. (Photo: AFP)

The United Nations on Thursday called for urgent action in northwest Syria, warning that "the risk of greater escalation grows by the hour."

"The Secretary-General reiterates his call for an immediate ceasefire and expresses particular concern about the risk to civilians from escalating military actions," spokesman Stephane Dujarric said in a statement.

"Without urgent action, the risk of even greater escalation grows by the hour."