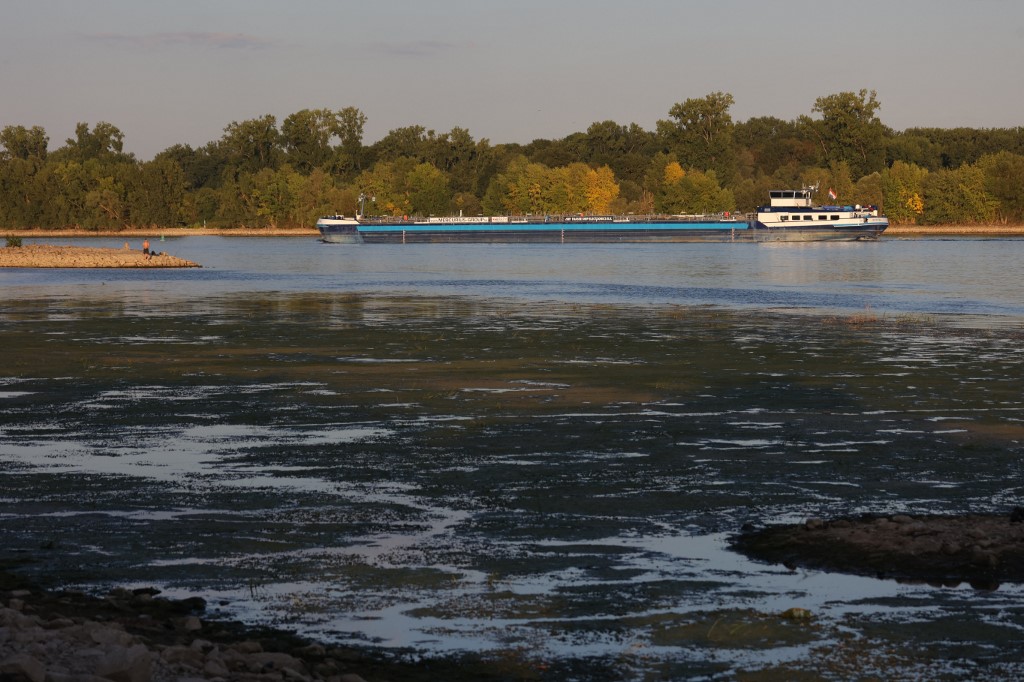 "Companies are bracing themselves for the worst," said BDI deputy managing director Holger Loesch in a statement. "The already tense economic situation in the companies is worsening."

"It is only a matter of time before plants in the chemical or steel industry are shut down, mineral oils and building materials fail to reach their destination, or large-volume and heavy transports can no longer be carried out," Loesch warned.

The Rhine waterways and shipping office (WSA) said on Tuesday that the situation on the Middle Rhine, where the river is the shallowest, remains tense. The water level in Kaub currently stands at 32 centimeters, which is equivalent to a channel depth of only 1.44 meters.

If water levels at the Kaub monitoring station remain below the critical mark of 78 centimeters for a period of 30 days, the industrial output of Europe's largest economy would decline by around 1 percent, the German Kiel Institute for the World Economy (IfW Kiel) warned last week.

"We have to face the fact that in the long term we will have to adjust to extreme low water situations again and again due to climate change," Minister of Digital Affairs and Transport Volker Wissing told the newspaper Rheinische Post on Monday.

WSA said Rhine's water levels are expected to rise slightly over the next few days, but "the 14-day forecast indicates that water levels will fall slightly again after the wave has passed."