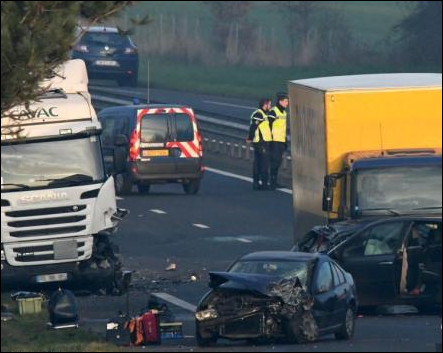 A total of 1,180 people lost their lives in road accidents in Spain in 2018, Spanish Interior Minister Fernando Grande-Marlaska said here on Thursday.

The death toll is 18 fewer than that in 2017, said the minister at a press conference, quoting figures compiled by the National Traffic Authority (Direccion General de Trafico).

Nevertheless, Grande-Marlaska was cautious, insisting there was "no reason to get carried away" by the figures, which include people who died within 24 hours of suffering an accident but not the victims of fatal road accidents in cities or towns.

More detailed figures, including victims who died of their injuries up to a month after suffering an accident, will be published later in 2019.

This is backed by the fact that in 2018 around 80 percent of road accident casualties in Spain were males.

Effective on Jan. 1, the speed limit on conventional roads in Spain was reduced from 100 kilometers an hour to 90 kilometers, and on Jan. 29 the speed limit in towns and cities will be cut to 30 km/h to further reduce death toll from road accidents.