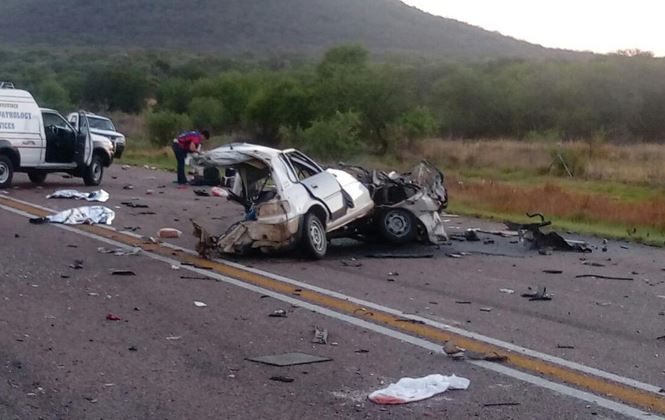 CAPE TOWN, Dec. 23 (Xinhua) - A total of 589 people have been killed on South African roads since the start of this year's festive season, Transport Minister Fikile Mbalula said on Monday.

The fatalities were the result of 489 crashes, the minister said in his latest update on road fatalities during the festive season which began in mid-November.

The toll remained high despite a 25 percent drop from the same period last year, when 839 people were killed in 656 fatal accidents, the minister said.

"The majority of those who died were pedestrians, at 39 percent, followed by passengers, at 34 percent, drivers, at 26 percent, and cyclists, at 1 percent," Mbalula said.

The minister attributed most of the fatal accidents to drunk driving, speeding, and reckless and negligent driving.

Law enforcement agencies have made 2,915 arrests, a slight drop from the 3,052 arrests recorded during the same period last year, according to the minister.

"However, we remain concerned about the high number of people who continue to drive under the influence of alcohol," he said.

The minister vowed to utilize every possible avenue in law to oppose bail for those caught speeding in excess of 200 km/h in a 120 km/h zone as well for those arrested for drunk, reckless and negligent driving, "as these are major contributing factors to the high levels of fatalities on our roads."