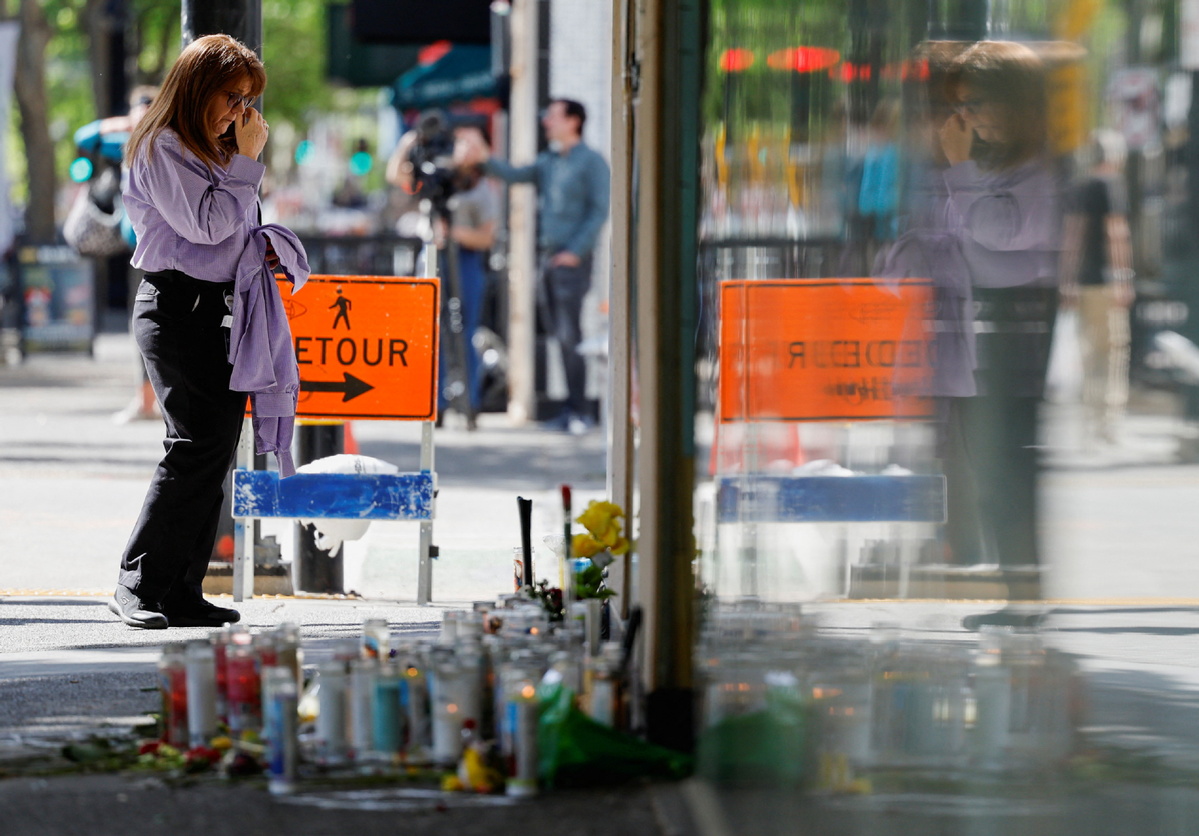 Eileen Veras makes the sign of the cross as she walks past a makeshift memorial for shooting victims, in Sacramento, California, US on April 5, 2022. (Photo: Agencies)

More than 700 road rage incidents in the United States last year involved a gun and caused more than 500 people to be killed or wounded, according to a report released on Monday.

Last year, the 728 incidents were up from 610 in 2016, according to analysis by nonprofit Everytown for Gun Safety. It was the highest in the six years that the nonprofit organization has recorded incidents.

Road rage shootings killed or wounded an average of 44 people a month last year, double the pre-pandemic average of 22 people each month in 2019.

The National Highway Traffic Safety Administration defines road rage as an intentional assault with a motor vehicle or weapon that occurs on the road or that started on the road. It is considered a criminal offense.

Sarah Burd-Sharps, director of research for Everytown, blamed people's easy access to guns. "Driving gets heated in plenty of other countries, but only in the US is someone shot and injured or killed every 17 hours in a road rage incident," Burd-Sharps said. "We've seen a national increase in shootings during the pandemic, and this increase has played out on our streets and highways too."

In a statement, Everytown said it does not "definitively know what is driving this increase in road rage shootings, but the pandemic and its continuing effects have brought all kinds of new stressors into people's lives and exacerbated underlying ones".

Anxiety and uncertainty over the COVID-19, in addition to economic uncertainty and other stresses, are causing a lot of anger on the road, said Ryan Martin, associate dean and psychology professor at the University of Wisconsin-Green Bay.