KABUL, March 18 (Xinhua) -- At least three civilians were killed and 11 others wounded when a roadside bomb hit a bus in Kabul, capital of Afghanistan, on Thursday, the capital police confirmed. 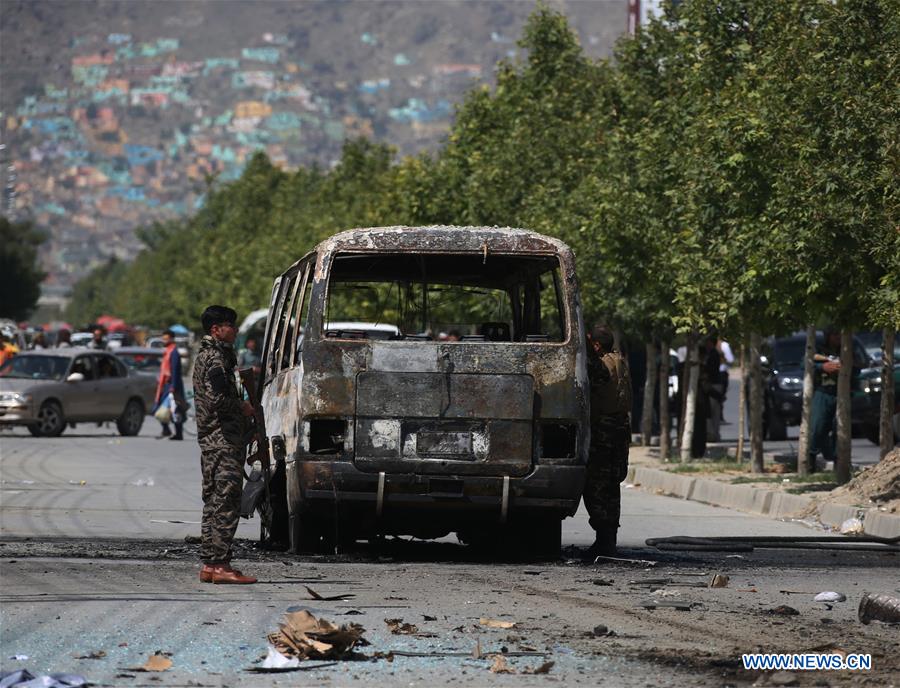 The explosion occurred in the morning rush hour in Khair Khana locality in Police District 17, in the northern part of the city, Kabul police spokesman Ferdaus Faramarz told Xinhua.

The wounded were transported to hospitals, he said, adding the bus and a nearby four-wheel drive vehicle were damaged by the explosion which occurred along a main road, connecting Kabul to northern part of the country.

The bus was carrying government employees, including workers of the Ministry of Communication and Information and Technology.

Seven people, including four female government employees and a child, were killed and 20 others wounded in two bus attacks in Kabul and northern Baghlan province respectively earlier this week.