BAGHDAD, May 24 (Xinhua) -- A Katyusha rocket hit on Monday an air base housing US-led coalition forces in Iraq's western province of Anbar, the Iraqi military said. 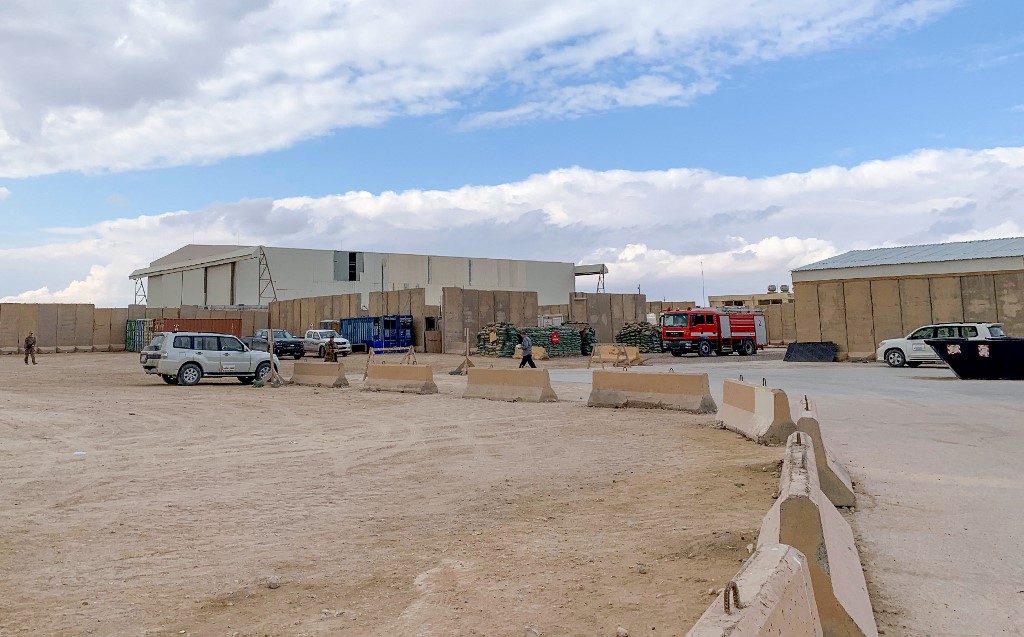 A picture taken on January 13, 2020, during a press tour organised by the US-led coalition fighting the remnants of the Islamic State group, shows a view inside Ain al-Asad military airbase housing US and other foreign troops in the western Iraqi province of Anbar. (File photo: AFP)

"A Katyusha rocket landed about 1:50 p.m. local time (1050 GMT) at the edge of Ayn al-Asad Air Base in Anbar Province, without casualties," the media office of the Iraqi Joint Operations Command said in a brief statement.

Wayne Marotto, spokesman of the international coalition forces in Iraq, said the damage is being assessed and the attack is under investigation.

Ayn al-Asad Air Base, formerly known as al-Qadisiyah Air Base, is located some 190 km northwest of Iraq's capital Baghdad.

No group has claimed responsibility for the attack yet. The Iraqi military bases housing US troops across Iraq and the US embassy in Baghdad have been frequently targeted by mortar and rocket attacks. Enditem