JERUSALEM, Nov. 14 (Xinhua) - Militants in the Gaza Strip fired five projectiles at Israel on Thursday, hours after a truce with Palestinian Islamic Jihad group was declared. 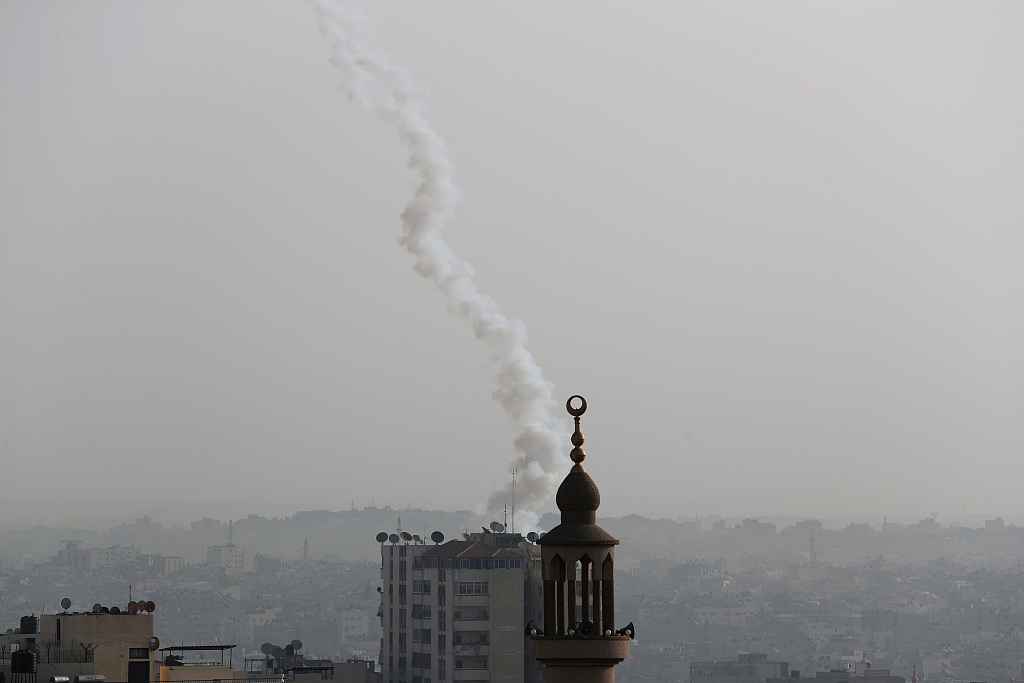 A trail of smoke is seen as a rocket is fired from Gaza towards Israel, in Gaza November 13, 2019. (Photo: VCG)

The fire triggered sirens in the southern town of Netivot and communities in the area surrounding the Gaza Strip, where residents have been ordered to stay close to shelters and bomb-proof rooms since the escalation began on Tuesday.

Earlier on Thursday, the Israeli military and the Gaza's Islamic Jihad announced that an Egyptian-brokered cease-fire was agreed, ending three days of cross-border fire that claimed the lives of 34 Palestinians.

The violence was sparked by the killing of Islamic Jihad's senior commander Baha Abu al-Atta. A pair of Israeli airstrikes on his home in Gaza city killed him and his wife on Tuesday before dawn.