KABUL, Aug. 18 (Xinhua) -- Casualties were feared after rockets struck in a diplomatic district in Kabul on Tuesday morning as the country is preparing to celebrate the 101st anniversary of its independence, a spokesman of the Interior Ministry confirmed. 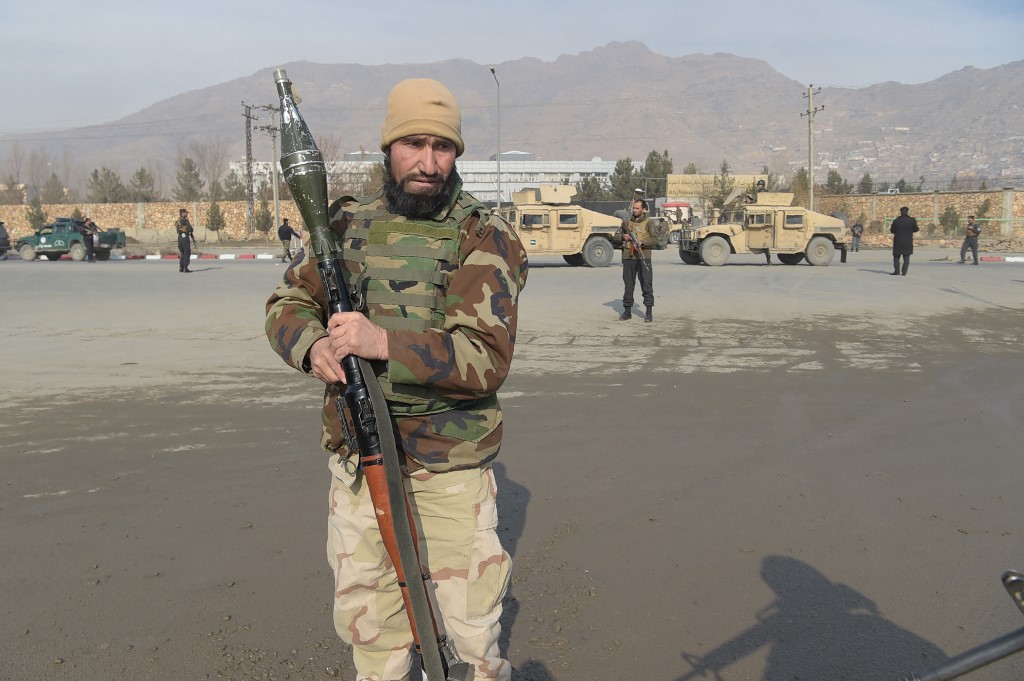 An Afghan security force holds a rocket-propelled grenade (RPG) as he stands guard at the side of an ongoing attack in Kabul on December 18, 2017. (Photo: AFP)

"Roughly at 9:30 a.m. rounds of rockets were fired from two sedans from Police District 8 and Police District 17 into Kabul city. More details will be shared with the media later in the day," spokesman Tareq Arian tweeted.

Local media footage showed several vehicles damaged by the rocket explosions and initial reports found that at least three civilians were wounded and shifted to hospitals after the incident.

"We heard a huge blast in the street 15 of Wazir Akbar Khan, where dozens of embassies and offices are located. The whole place has now been sealed off," an eyewitness told Xinhua.

The blasts sent a column of thick smoke into the sky in several locations and triggered panic, the report said.