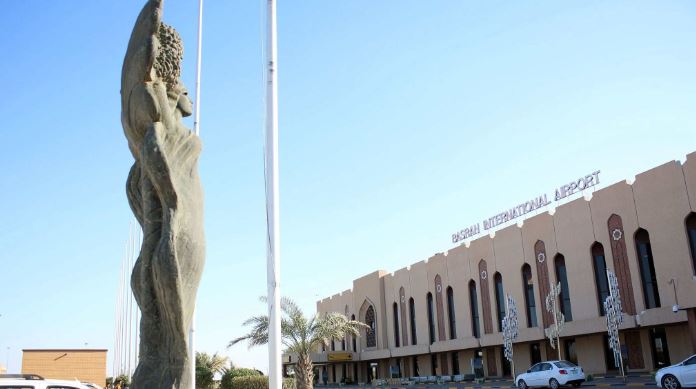 However, flights at the airport were taking off and landing as normal, according to an official.

There were no immediate reports of casualties or damage.

The attack followed violent demonstrations over the lack of public services in the southern city of Basrah. At least 12 people have died in the protests.