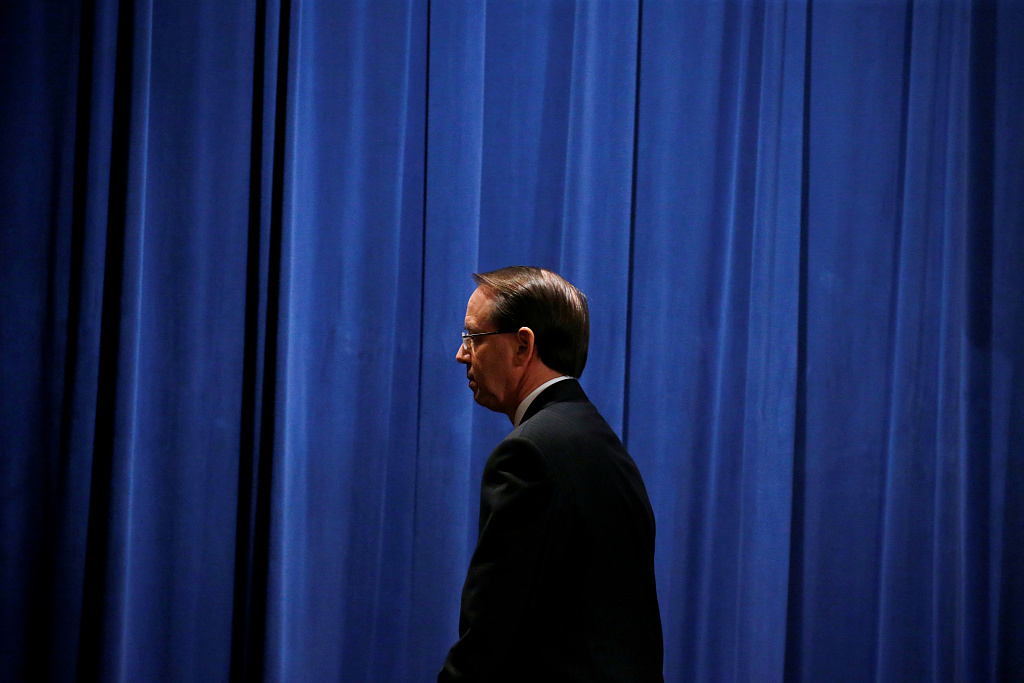 US Deputy Attorney General Rod Rosenstein submitted his resignation Monday, ending a nearly two-year run defined by his appointment of a special counsel to investigate connections between President Donald Trump’s campaign and Russia. His last day will be May 11.

Rosenstein’s departure had been expected since the confirmation of William Barr as attorney general. The White House nominated a replacement for the department’s No. 2 slot weeks ago.

Rosenstein intended to leave around mid-March but stayed on for the completion of special counsel Robert Mueller’s Russia investigation. Mueller last month submitted his report to the Justice Department, and Rosenstein was part of a small group of department officials who reviewed the document and helped shape its public release. After Mueller didn’t reach a conclusion on whether Trump had obstructed the investigation, Barr and Rosenstein stepped in and determined the evidence wasn’t enough to support such an allegation.

Rosenstein appointed Mueller in May 2017 following the recusal of then-Attorney General Jeff Sessions and oversaw much of his work. His exit leaves the department without the official most closely aligned with the probe as officials grapple with public and congressional scrutiny of the special counsel’s findings and the department’s handling of the report.

He not only supervised Mueller’s work for much of the last two years, but also defended the investigation against attacks from congressional Republicans and Trump, who has blasted it as a “witch hunt.” In so doing, Rosenstein sometimes found himself at odds with Trump but was nonetheless spared the brunt of anger directed at Sessions, whose recusal infuriated the president, leading to his forced resignation last November.

The deputy attorney general position is a hugely significant job, responsible for overseeing the daily operations of the Justice Department and the work of United States attorneys across the country.