Roe v. Wade overturning shows 'women are not equal' in US: California Governor 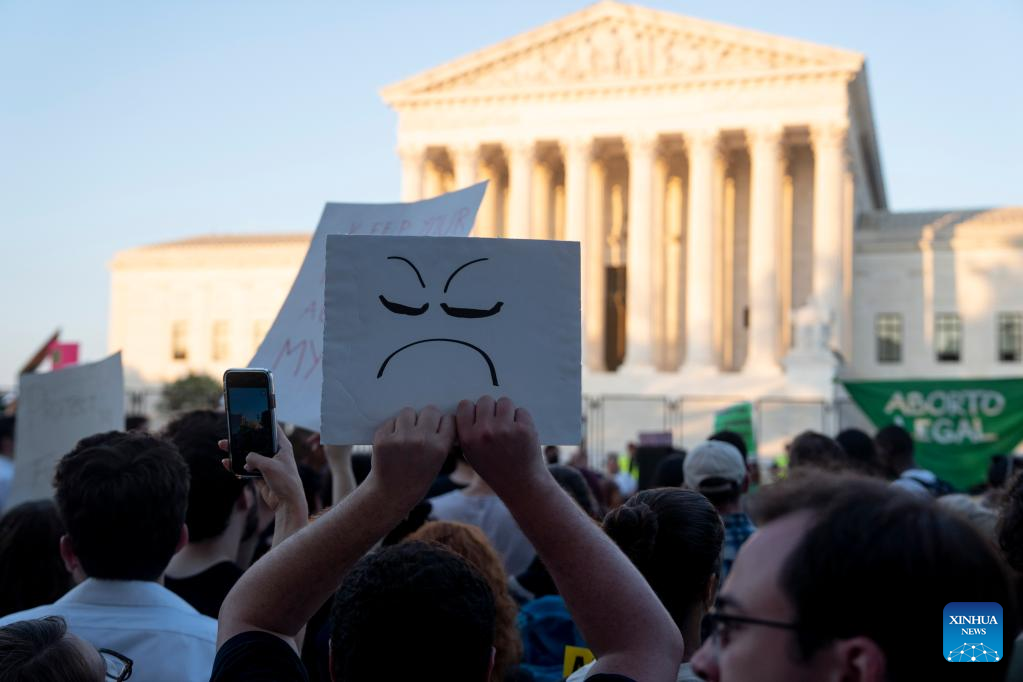 As an immediate action in response to Roe v. Wade overturning, Newsom has signed a bill to protect patients and health providers in California from civil lawsuits based on other states' laws.

The AB1666 bill protects doctors from legal and financial penalties if they travel to other states to perform abortions or treat out-of-state patients.

Newsom made the remarks at a press conference with local political leaders to announce the urgent action to protect women from other states seeking abortion services in the Golden State, the most populous state in the United States.

U.S. Attorney General Merrick Garland noted Friday that the ruling does not restrict states from keeping abortion legal or prevent women from travelling to states with access, but the fears have been piling up that more abortion bans in conservative states after the latest ruling would trigger problems in judicial system between them and states where abortion is legal.

As dozens of conservative states have passed abortion bans or could implement the measures following the Supreme Court's decision, California has been scrambling to build a bulwark for reproductive rights and accommodate a potential influx of patients from beyond its borders.

With Roe toppled, California has become the nearest state with abortion access for approximately 1.3 million out-of-state women of reproductive age, according to the Guttmacher Institute, an abortion rights think tank.

Jennifer Siebel Newsom, the governor's wife, said the ruling "will have grave consequences for women's health, safety, economic security and our ability to thrive in the United States of America."

She drew parallels between the two different Supreme Court decisions made this week. On Thursday, the court expanded gun rights in a ruling that will likely lead to more people legally armed in cities and beyond.

"In just one week the court has proven that it believes guns should have more rights than women. This is insane," Siebel Newsom said.

"This is a dark day for our little girls and all our children," Califronia Attorney General Rob Bonta said. "That is not progress."

"It made my stomach drop. I have been sick to my stomach all morning," California Senate president pro tempore Toni Atkins said. "We are here to further rights, not take them away."