Rohingya boat capsizes in Bay of Bengal; at least 15 dead 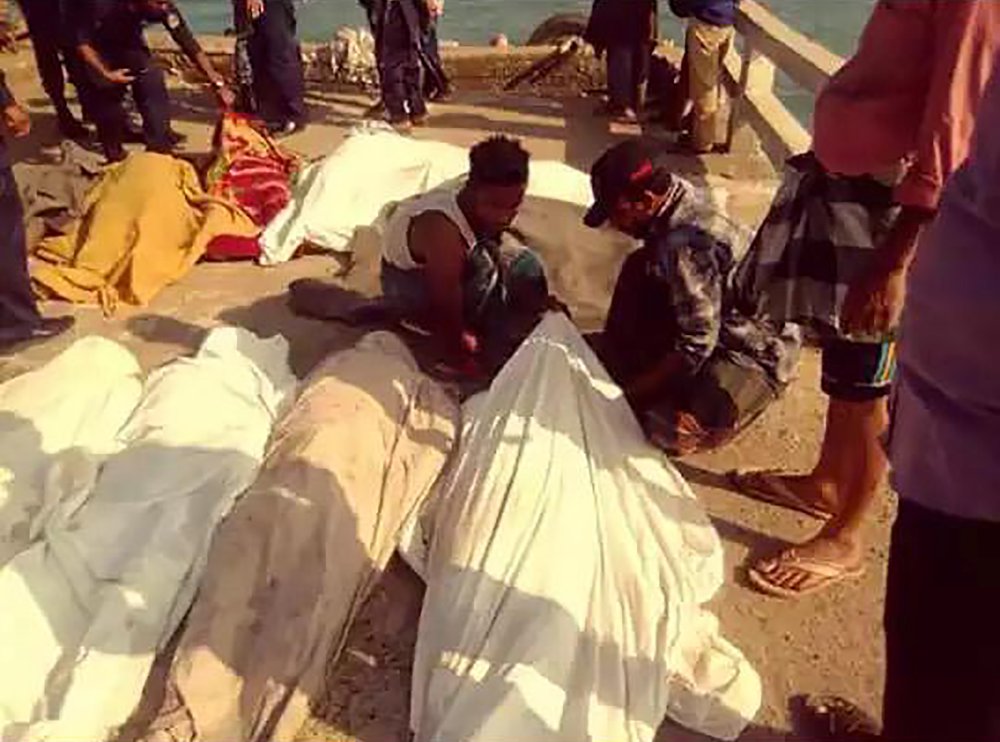 The coast guard, navy divers and other rescuers recovered the bodies after the wooden boat capsized off St. Martin’s Island, the top elected official on the island said.

Noor Ahmed said by phone from the scene that 71 refugees on the boat survived. It was unclear how many remained missing.

The passengers were enticed by traffickers to board the boat from various points as it headed for Malaysia, he said.

Iqbal Hossain, a police superintendent in Cox’s Bazar, said by phone the overcrowding of the boat, which may have also been carrying additional cargo, caused it to capsize.

Hossain said the rescue operation was continuing, but could not say exactly how many people were still missing.

Nojuma Begum, a 26-year-old Rohingya woman, said she wanted to go to Malaysia to see her fiance.

“My marriage has been fixed with a person named Rafiq in Malaysia. I was being taken to Malaysia because he couldn’t come here. I was supposed to go by air. But, several trawlers reached Malaysia by sea, that’s why I boarded one,” she said.

Traffickers usually lure refugees by promising a better life overseas. Many past attempts to travel illegally by boat were thwarted by the coast guard.

The UN has been working with the government to raise awareness among refugees and local people about the risks they may face at sea. The UN is also supporting the strengthening of law enforcement capacities to counter smuggling and trafficking and protect those most at risk, UN agencies said.

More than 700,000 Rohingya Muslims fled to Bangladesh from neighboring Myanmar since August 2017 to escape a harsh crackdown by Myanmar’s military. Myanmar maintains that the minority Rohingya migrated illegally from Bangladesh, even though their families have lived in Myanmar for generations. Nearly all have been denied citizenship since 1982, effectively rendering them stateless.