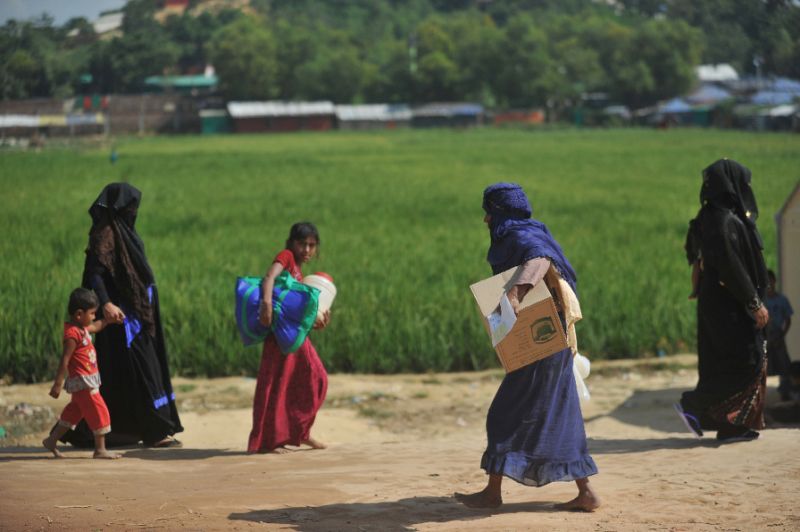 The prospect of being repatriated back to Myanmar has caused panic among some Rohinga, with refugees fleeing Bangladeshi refugee camps ahead of the start of the process later this week Rohingya refugees walk with belongings in Jamtoli refugee camp near Ukhia in Bangladesh on November 12, 2018. (Photos: AFP)

Authorities plan to begin returning Rohingya refugees, who have fled what the UN has called ethnic cleansing, to the Buddhist majority country from Thursday.

But the prospect has created panic in the camps, prompting some families who were due to be among the first to be repatriated to flee, according to community leaders.

"The authorities repeatedly tried to motivate the ones on the returning refugee list to go back. But instead, they were intimidated and fled to other camps," said Nur Islam, from Jamtoli refugee camp.

More than 720,000 Rohingya Muslims fled Myanmar's western Rakhine state in a military crackdown from August last year, bringing with them stories of murders, rapes and torture.

Some 2,260 Rohingya Muslims had been scheduled to leave the Bangladesh border post in the southeastern Cox's Bazar district in the first repatriations from Thursday under the voluntary scheme.

But Nur Islam said the plan has created "massive confusion and fear" among the Rohingya and many were unwilling to return to Rakhine unless they were guaranteed citizenship and other rights.

An AFP correspondent was able to speak to three families who said they were due to leave this week.

"We are truly disturbed by the entire issue. As the day is coming closer, our tension is rising," Mohammad Khaleque, a Rohingya refugee told AFP. 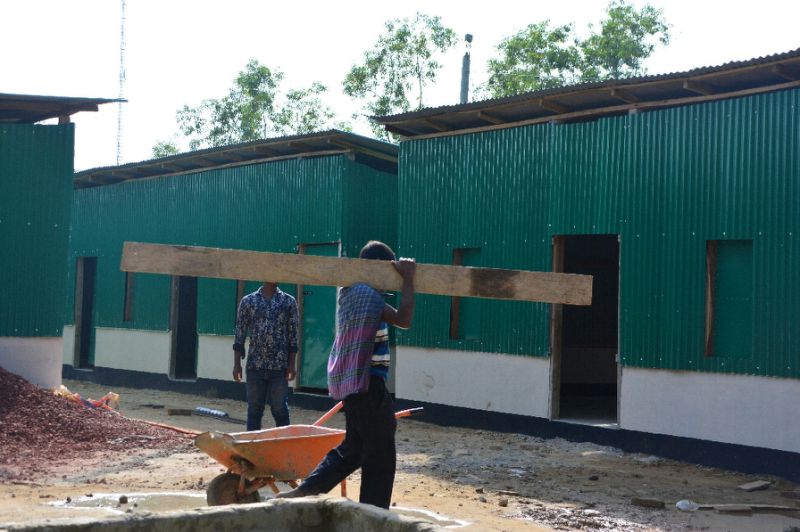 He said he his family were fleeing their camp for another makeshift Rohingya settlement in Cox's Bazar, in an effort to avoid being forcibly repatriated.

"I don't see a future for my family if we're forcibly sent back home right now without confirming that we would get full Myanmar citizenship. That's why I took my family out of the camp and to another one to live with my relatives. We don't want to go back like this," he said.

The UN refugee agency, UNHCR, who received a list from the Bangladesh government on Monday to assess whether the refugees wanted to go back to Myanmar voluntarily, said the start date of November 15 was an "ambitious plan".

"This is the matter of the governments of Bangladesh and Myanmar. Although we still think that the conditions are not conducive now for the refugees to return in Myanmar," he told AFP.

The UN assessment may take at least two more days, according to both UN and Bangladesh officials, which may delay repatriation.

Bangladesh refugee commissioner Mohammad Abul Kalam said the country was ready to start returning the refugees to two centres at the border.

An AFP team visited both the centres. One appeared complete while the construction of the second was "over 80 percent" finished, according to builders.

A Bangladeshi official, speaking on condition of anonymity, admitted that the Rohingya refugees were not "mentally ready" for returning.

"They often say to us they would rather die here in the (Bangladeshi) camps than to go back and embrace the harrowing pain they have already experienced," he said.