Rohingya rally in Bangladesh to mark two years since exodus 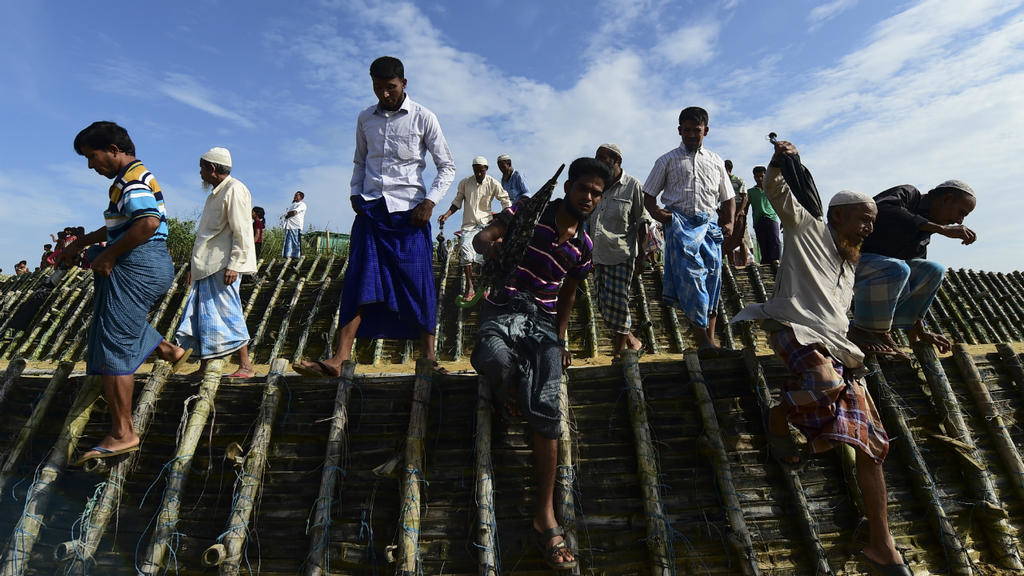 Rohingya refugees arrive to attend a rally to mark two years of exodus from Myanmar to Bangladesh, August 25, 2019. (Photo: AFP)

Some 200,000 Rohingya rallied in a Bangladesh refugee camp to mark two years since they fled violence in Myanmar, just days after a second failed attempt to repatriate the refugees.

Security has been tight, with hundreds of police, army and border guards deployed to prevent any violence across Kutupalang camp, the world's largest refugee settlement and home to more than 600,000 Rohingya.

Around 740,000 Rohingya from Myanmar's Rakhine state escaped from their villages, under attack from militia and vigilante groups in August 2017, joining earlier Myanmar refugees to swell the camps to nearly 1 million people.

Rohingya leader Mohib Ullah said the stateless minority wanted to return home, but only after they were granted citizenship, their security was ensured and they were allowed to settle back in their villages.

Myanmar had called for the repatriation of refugees, with Aung San Suu Kyi saying new jobs were being created in Rakhine and all people living in the state had access to education and health-care services without discrimination.

But the government still refuses to grant citizenship to the Rohingya, and only allows them freedom of movement if they accept a national ID card, which Rohingya believe would mean accepting their status as illegal immigrants.

With conditions in Rahkine state still volatile, and Myanmar's refusal to guarantee a pathway to citizenship, all the refugees remain too fearful to go back.

"Myanmar is telling the world that it is trying its best to make the situation for the Rohingya safe so that we can return to our homes. But, the reality is it has done nothing to help us return peacefully," a Rohingya refugee told the Guardian.

The UN refugee agency and Bangladesh authorities launched a new repatriation bid last Thursday, but it failed again, with not a single Rohingya deciding to go back voluntarily.

The fail of repatriation further intensified domestic political pressure on the current Bangladesh government, as the host communities are losing patience with the Rohingya. The large group of displaced refugees, which numbered about 1 million, at the same time, are posing a greater economic burden on Bangladesh.

Earlier this year, Bangladesh said it could no longer accept more refugees, as a January 2018 deal between it and Myanmar to repatriate over 700,000 Rohingya had failed to materialize.