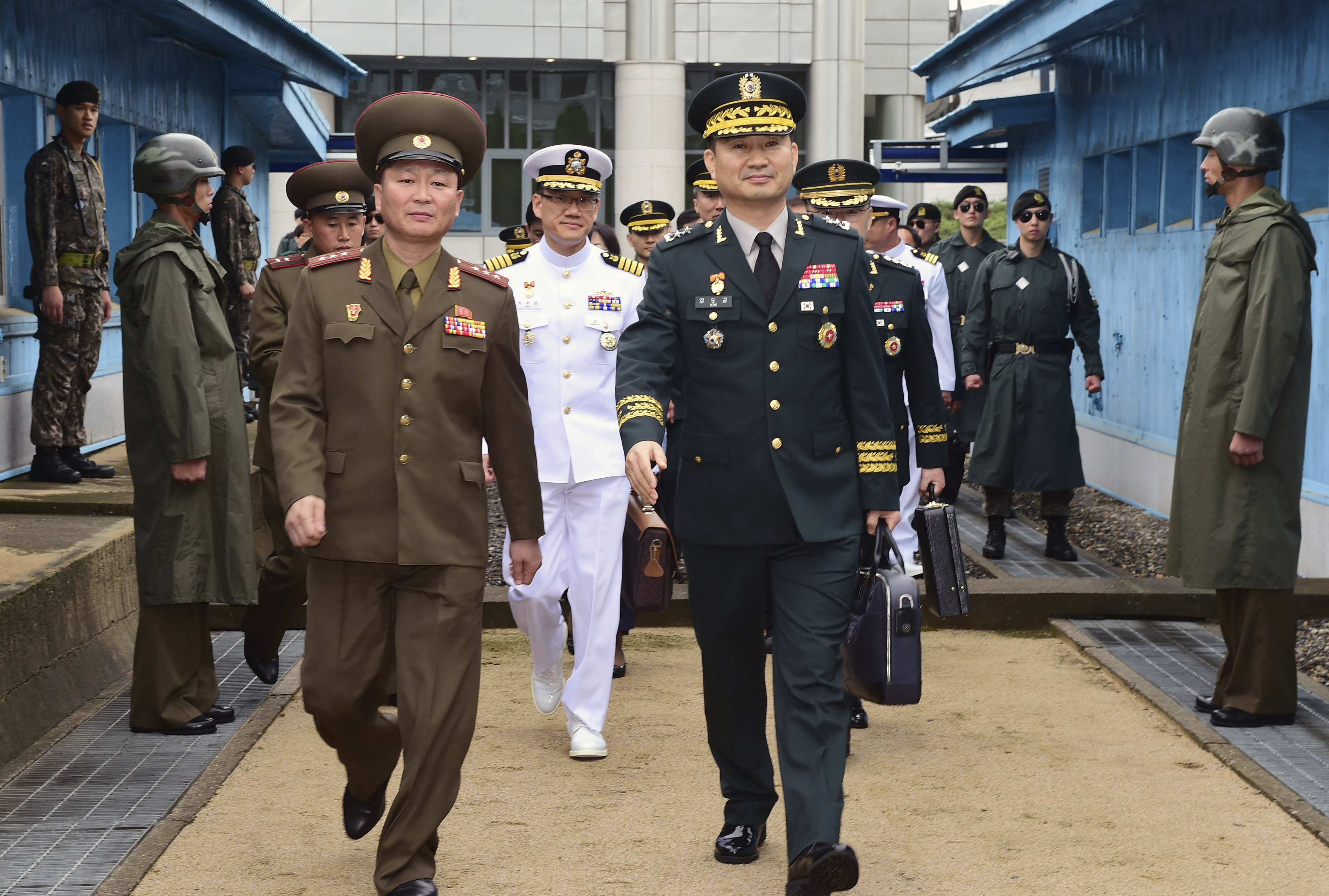 South Korean Maj. Gen. Kim Do-gyun (center right) is escorted by a North Korean officer after crossing to North Korea for the meeting at the northern side of Panmunjom in the Demilitarized Zone, North Korea, on June 14, 2018. (Photo: South Korea Defense Ministry via AP)

South Korea and the Democratic People's Republic of Korea (DPRK) agreed Thursday to restore military communications lines along the eastern and western areas after holding military talks, according to local media.

General-level military officers from the two sides held talks on military affairs, the first of its kind in over 10 years, at Tongilgak, a DPRK building in the truce village of Panmunjom that straddles the divided Koreas. The last general-level military dialogue between Seoul and Pyongyang was held in December 2007.

During the talks, the two sides exchanged opinions about a pilot demilitarization of the Joint Security Area in Panmunjom to ease military tensions across the heavily armed inter-Korean border.