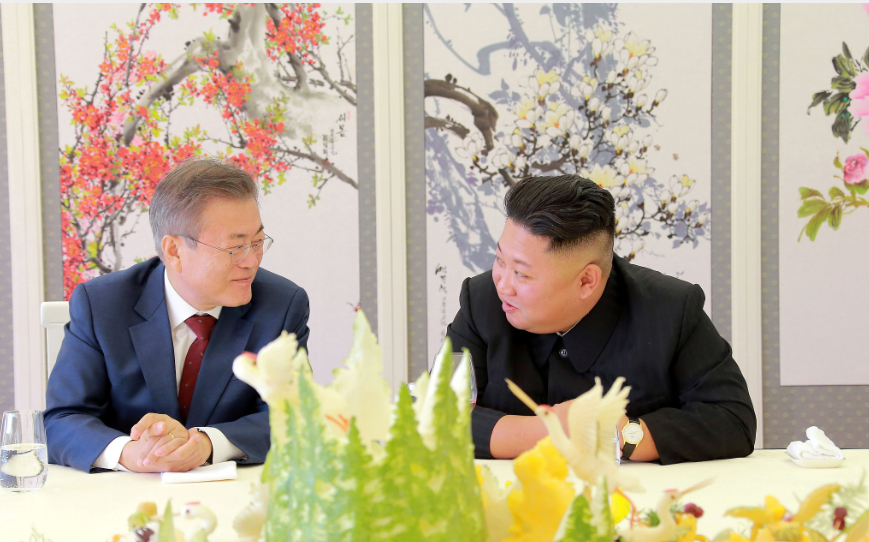 The Republic of Korea (ROK), the Democratic People's Republic of Korea (DPRK) and the US-led UN Command (UNC) finished their two-day work to verify the disarmament of the Joint Security Area (JSA), which is in the demilitarized zone (DMZ), Yonhap reported on Sunday, citing the ROK defense ministry.

The joint verification work was conducted on Friday and Saturday following the 20-day operation to remove landmines inside the JSA starting October 1. The JSA was set up right after the Korean War, which ended in 1953 with an armistice.

"Through the joint verification work, the three sides directly confirmed and evaluated the fact that mutual disarmament steps were faithfully carried out in all JSA areas," the ministry said in a press release.

"We affirmed that the disarmament steps successfully took place for the first time since the JSA was set up in 1953," it added.

The disarmament was agreed upon by defense chiefs of the two sides during the Pyongyang summit in September between ROK President Moon Jae-in and DPRK top leader Kim Jong Un. The UNC oversaw activities inside the DMZ.

In line with the agreement, the DPRK side removed five military posts inside the JSA, and four ROK posts were removed, said Yonhap.

Following the verification, the three parties will hold additional consultations over the procedures of opening new military posts to manage the disarmed JSA and readjust the surveillance equipment, the news agency added.