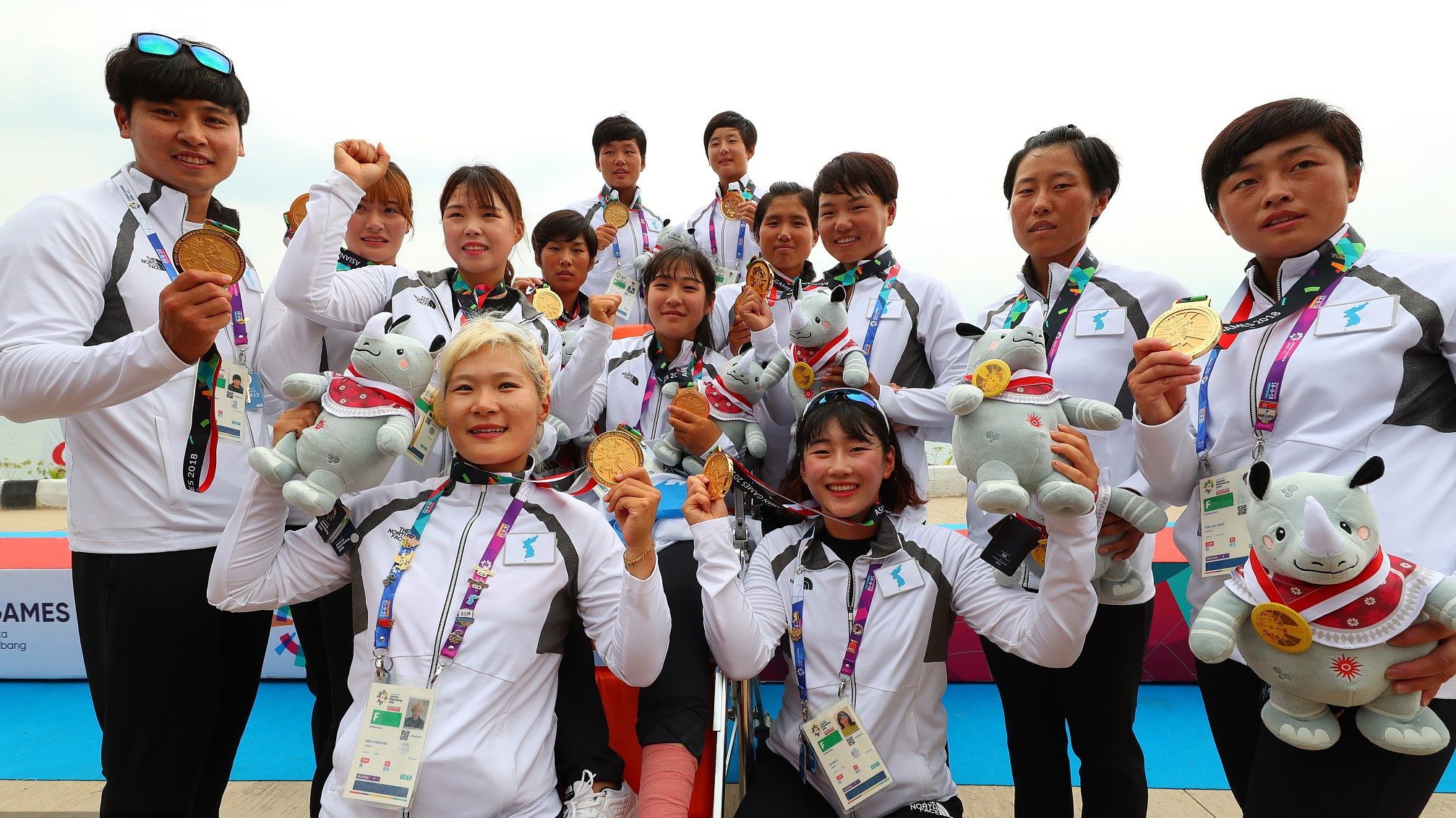 Members of the joint team, the gold medalists. (Photo: VCG)

A joint team sent by South Korea and the Democratic People's Republic of Korea (DPRK) won a gold medal on Sunday at the final of women's 500-meter dragon boat racing at the 2018 Asian Games, reported Tencent Sports.

This was the first gold medal grabbed by an ROK-DPRK joint team at an international multi-sport competition and the second medal won. On Saturday, a 12-member combined team of the two countries won bronze at women's 200-meter dragon boat racing with 56.851 seconds.

At the medal ceremony, members of the joint team were waiving the Korean Peninsula flag while some of them shed tears of excitement and happiness. In the end, for the first time at an awarding ceremony of an international multi-sport competition, the famous Korean folk song "Arirang" was played to celebrate the team's victory.

According to Yonhap News, both the gold and the bronze medals will be counted under "Korea" instead of South Korea or the DPRK in the Asian Games medal standings. Moreover, when the joint team won the two medals, separated families from the two sides were holding reunions, making it a more important chapter of the exchange between South Korea and the DPRK.