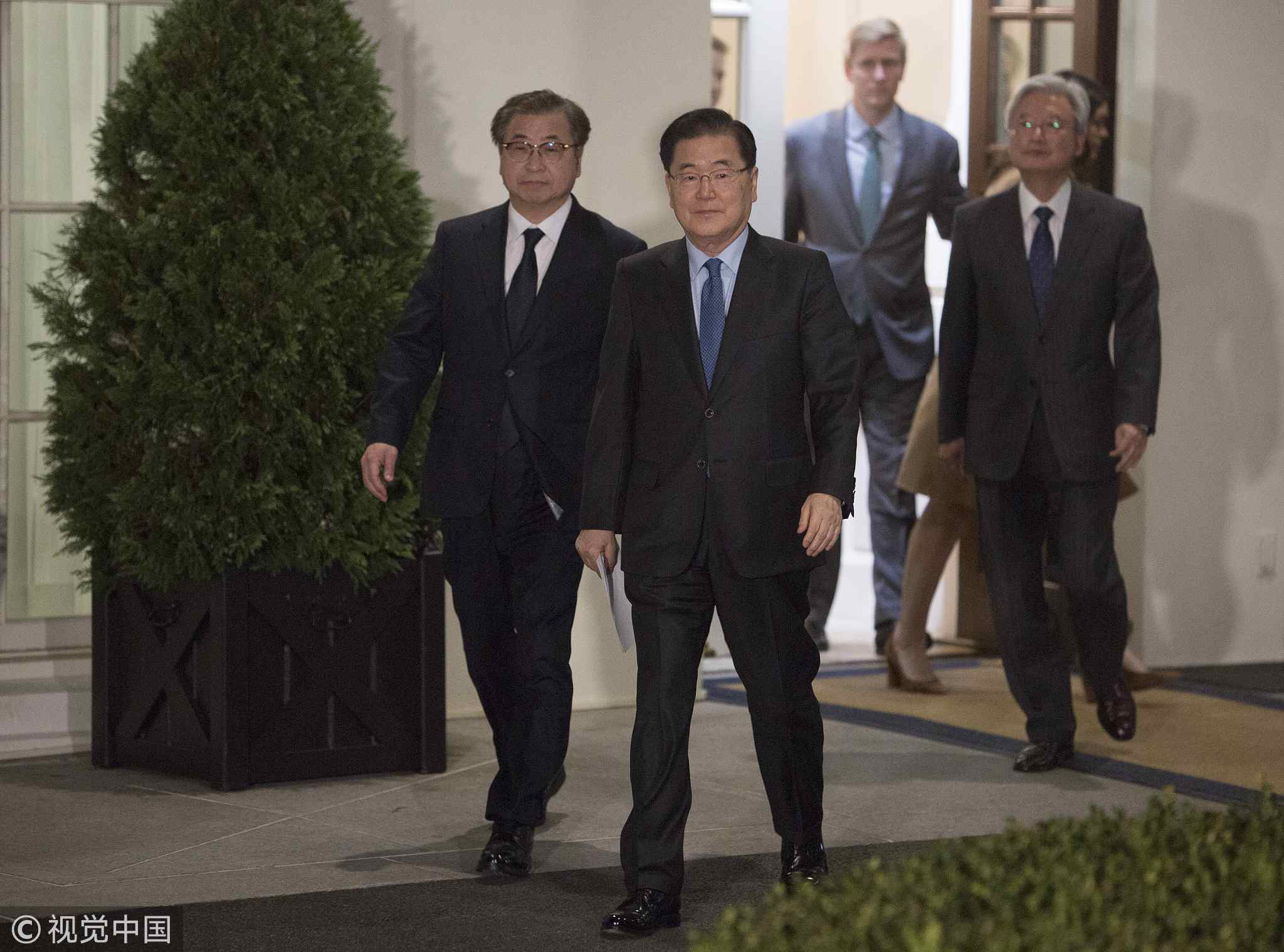 The ROK National Security Director Chung Eui-yong (Right) walks with the Chief of the National Intelligence Service Suh Hoon (Left) to make a statement at the White House on March 8, 2018. (Photo: VCG)

The Republic of Korea's (ROK) presidential envoy on Tuesday said he will deliver a letter from President Moon Jae-in to the Democratic People's Republic of Korea (DPRK) leader Kim Jong-un when he visits Pyongyang on Wednesday to discuss the leaders' third summit later this month, Yonhap reported.

Chung Eui-yong, top national security adviser for Moon, said he was seeking to discuss ways to achieve complete denuclearization of the Korean Peninsula as agreed by Moon and Kim during their first summit in April.

He did not elaborate further on the content of the letter.

Seoul would continue to push for a joint declaration of an end to the 1950-53 Korean War within this year with the United States, Chung told reporters.

Chung and Suh visited Pyongyang in March as special envoys, meeting with Kim during their two-day trip to the country.

Following their visit, they flew to Washington to notify the United States of the outcomes of their meeting with the DPRK officials.

Meanwhile, Noh Kyu-duk, a spokesperson for ROK foreign ministry, told a press briefing Tuesday that the ROK and the US had sufficient consultations on the special envoys' visit to Pyongyang in advance, saying Seoul and Washington had been closely cooperating on the DPRK issue.

An unnamed foreign ministry official was quoted by Yonhap news agency as saying there could be similar processes of explaining to major countries after the special envoys' visit to Pyongyang as seen in their March travel.