The office of President Moon Jae-in called on the Democratic People's Republic of Korea (DPRK) on Friday to halt launches of projectiles, expressing concern that such acts would escalate military tensions on the peninsula. 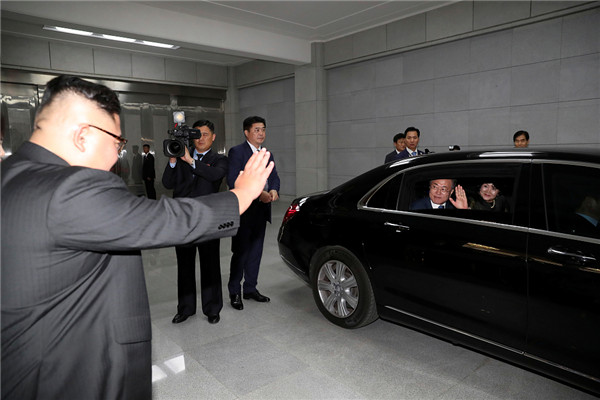 Briefing media on the results of an hours-long emergency National Security Council (NSC) session held via video conferencing, Cheong Wa Dae characterized two projectiles fired earlier in the day as "short-range" ones but stopped short of revealing other details.

They cited worries that the DPRK's behavior could sharpen tensions on the peninsula and called for halts to the firing of such projectiles, Cheong Wa Dae said in a statement. 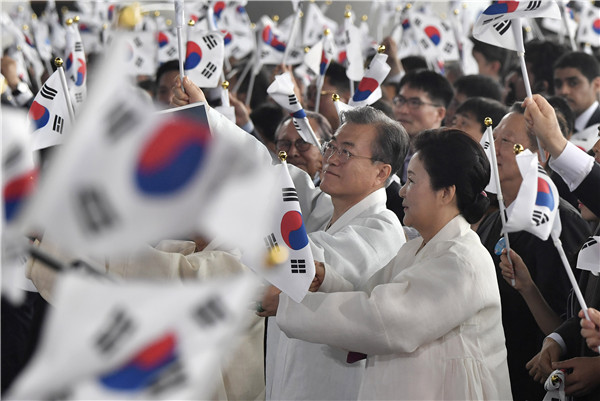 ROK President Moon Jae-in (C) and his wife Kim Jung-sook (R) wave the national flags during a ceremony to mark the 74th anniversary of Korea's liberation from Japan's 1910-45 rule, at the Independence Hall of Korea in Cheonan, August 15, 2019. (Photo: CGTN)

The DPRK said on Friday it will never sit down with the ROK for talks again. With this declaration he rejected the vow made the previous day by the South's President Moon Jae-in to pursue dialogue with Pyongyang as he pledged to bring in unification by 2045.

DPRK has protested joint military drills conducted by ROK and the United States, that kicked off last week, calling them a "rehearsal for war."

Early on Friday, the DPRK test-fired two projectiles into the sea off its eastern coast, the ROK military said. 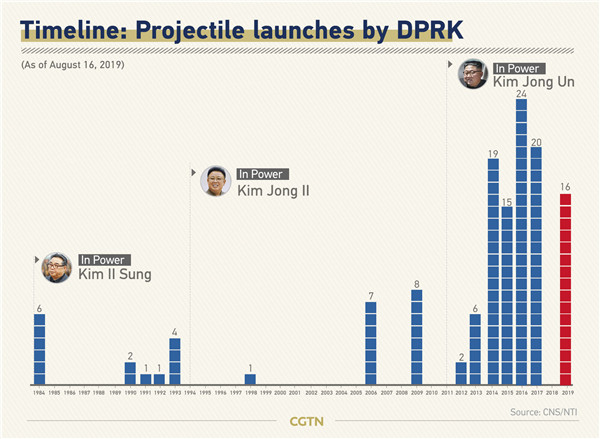 The loss of dialogue momentum between the North and South and the stalemate in implementing a historic summit between their two leaders last year is entirely the responsibility of the South, a DPRK spokesman said in a statement.

The DPRK spokesman repeated criticism that the joint U.S.-ROK drills was a sign of Seoul's hostility against the North.

"As it will be clear, we have nothing more to talk about with South Korean authorities and we have no desire to sit down with them again," the DPRK spokesman for the Committee for the Peaceful Reunification of the Country said.

The two sides remain technically at war under a truce ending the 1950-53 Korean War. The comments were carried by official KCNA news agency. 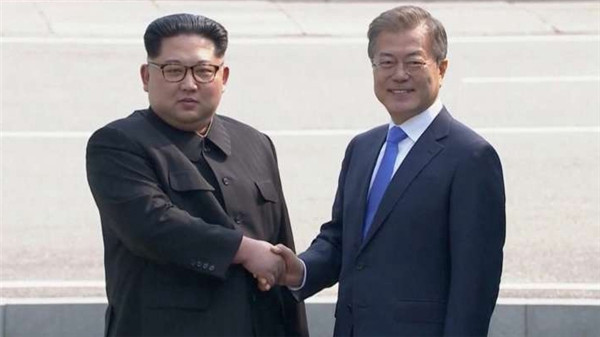 Moon and Kim have met several times since last April, pledging peace and cooperation but little progress has been made to improve dialogue and strengthen exchange and cooperation.

Moon said in a Liberation Day address on Thursday marking Korea's independence from Japan's 1910-45 colonial rule that it was to the credit of his policy of Korean national peace that dialogue with the North was still possible.

"In spite of a series of worrying actions taken by North Korea (DPRK) recently, the momentum for dialogue remains unshaken," Moon said.

The DPRK spokesman said it was "delusional" to think that inter-Korean dialogue will resume once the military drills with the United States are over. 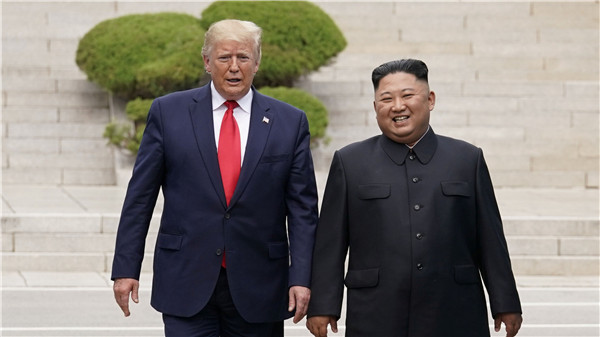 The spokesman left open the possibility of talks with the United States, speaking of upcoming dialogue between the two countries but warned it will have no place for the South.

"South Korea is poking around hoping to reap the benefits of future dialogue between the North and the United States but it will be a good idea to give up such foolishness," the unnamed spokesman said.