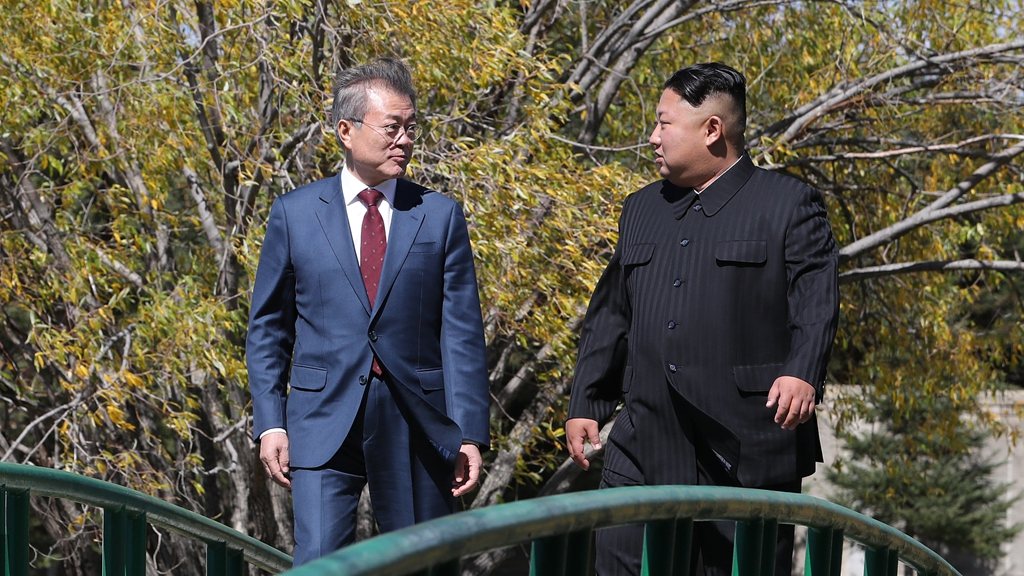 President of the Republic of Korea (ROK) Moon Jae-in said on Monday that his country was preparing for a visit by Kim Jong Un, top leader of the Democratic People's Republic of Korea (DPRK) to Seoul, assuming it would happen by the end of this year.

Moon made the remark during a meeting with the floor leaders of the five key political parties, including the ruling Democratic Party and the main conservative opposition Liberty Korea Party. Hong Young-pyo of the Democratic Party told reporters at the parliament after attending the meeting.

Moon was quoted as saying that Seoul was preparing on the assumption that Kim would visit ROK's capital city this year, though it would be early to conclude that Kim's return visit would take place as scheduled.

Moon expressed his hope that Kim's return visit would be realized as scheduled to make an epoch-making opportunity for inter-Korean relations.

Following the latest summit between Moon and Kim in Pyongyang in September, the DPRK leader promised to visit Seoul in return for Moon's visit to the DPRK capital.

The survey would last till the end of this year to draw a navigation map in the estuaries and eventually allow civilian ships of the two countries to sail freely in the waters, where civilian access had been restricted in the past because of military tensions, reports said.

The 20-member joint survey team, consisting of 10 military and maritime government officials and waterway experts from each side, planned to measure the depth of water along the 70-km-long waterway in the estuaries of the Han and Imjin rivers.

It may take longer than expected to complete the nautical chart as such survey was conducted in the estuaries for the first time since the 1950-53 Korean War ended with armistice agreement, according to the maritime ministry.