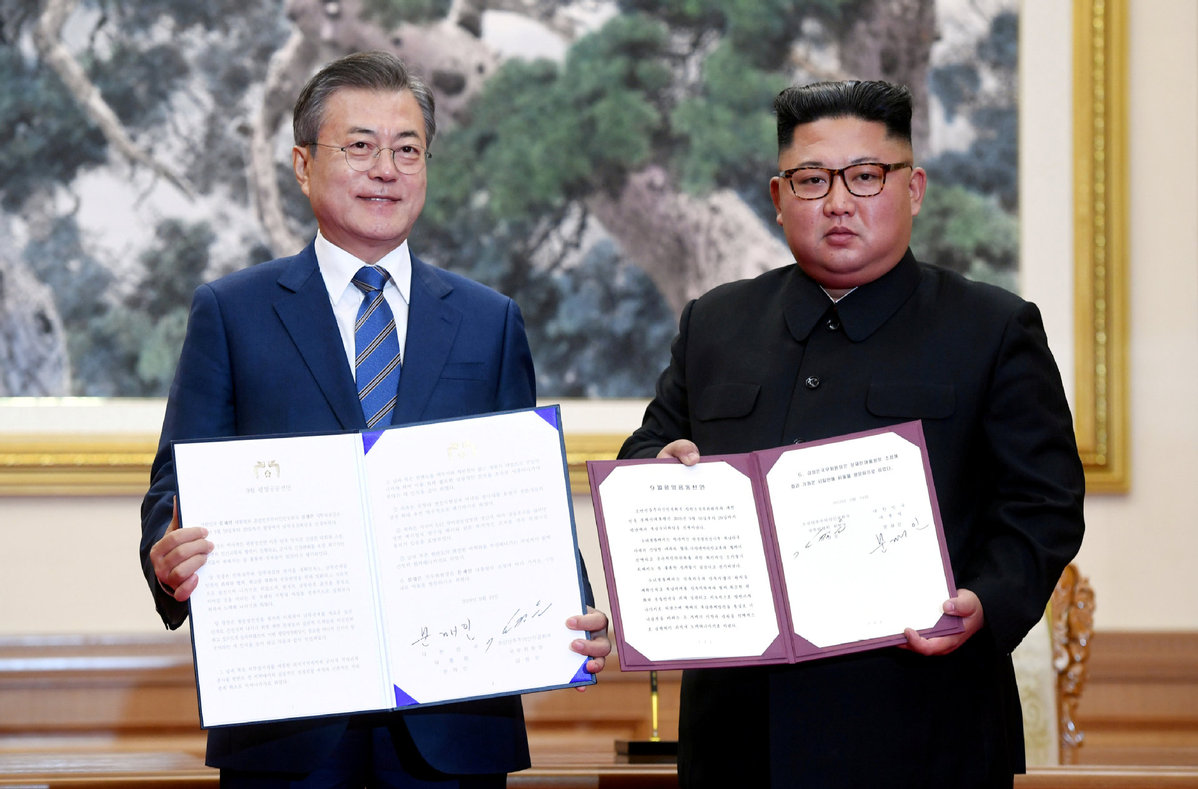 An unnamed defense ministry official told local reporters that the ROK's side recently proposed to the DPRK on holding military talks and was waiting for a response from the DPRK.

Defense Minister Jeong Kyeong-doo reported to President Moon Jae-in earlier this month the ministry's plan to hold inter-Korean military talks within this month to draw up measures to implement the Sept 19 military agreement.

The Sept 19 military agreement was signed by defense chiefs of the two Koreas during the third summit between Moon and top DPRK leader Kim Jong-un in Pyongyang last September.

Under the agreement, the two sides agreed to stop all hostile acts near the inter-Korean border and set up buffer zones on the ground, in the waters and the air.

Last year, the two sides withdrew a part of guard posts inside the demilitarized zone (DMZ) and disarmed the Joint Security Area (JSA) as part of the efforts to implement the military agreement.