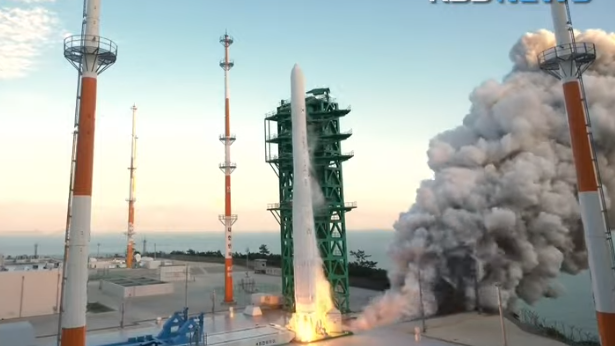 The three-stage rocket, launched from the Naro Space Center in the southern coastal village of Goheung, was intended to send a 1.5-ton (1.35-tonne) dummy satellite into low-Earth orbit (LEO) 600 to 800 kilometers above the ground.

Measuring 47.2 meters in length and 200 tons in weight, the rocket is the country's first space launch vehicle completely built with homegrown technologies.

The ROK invested almost 2 trillion won ($1.7 billion) over the past decade to domestically develop the space launch vehicle, including the engine and propellant tank, as well as the launch pad and launch vehicle subsystem.

Such a rocket launch was carried out by the country in 2013 after multiple delays and several failed tests.

On January 30, 2013, a two-stage rocket known as Naro-1, with a Russian-built first stage, was successfully launched, taking a 100-kilogram satellite into LEO, after two failed attempts in 2009 and 2010.