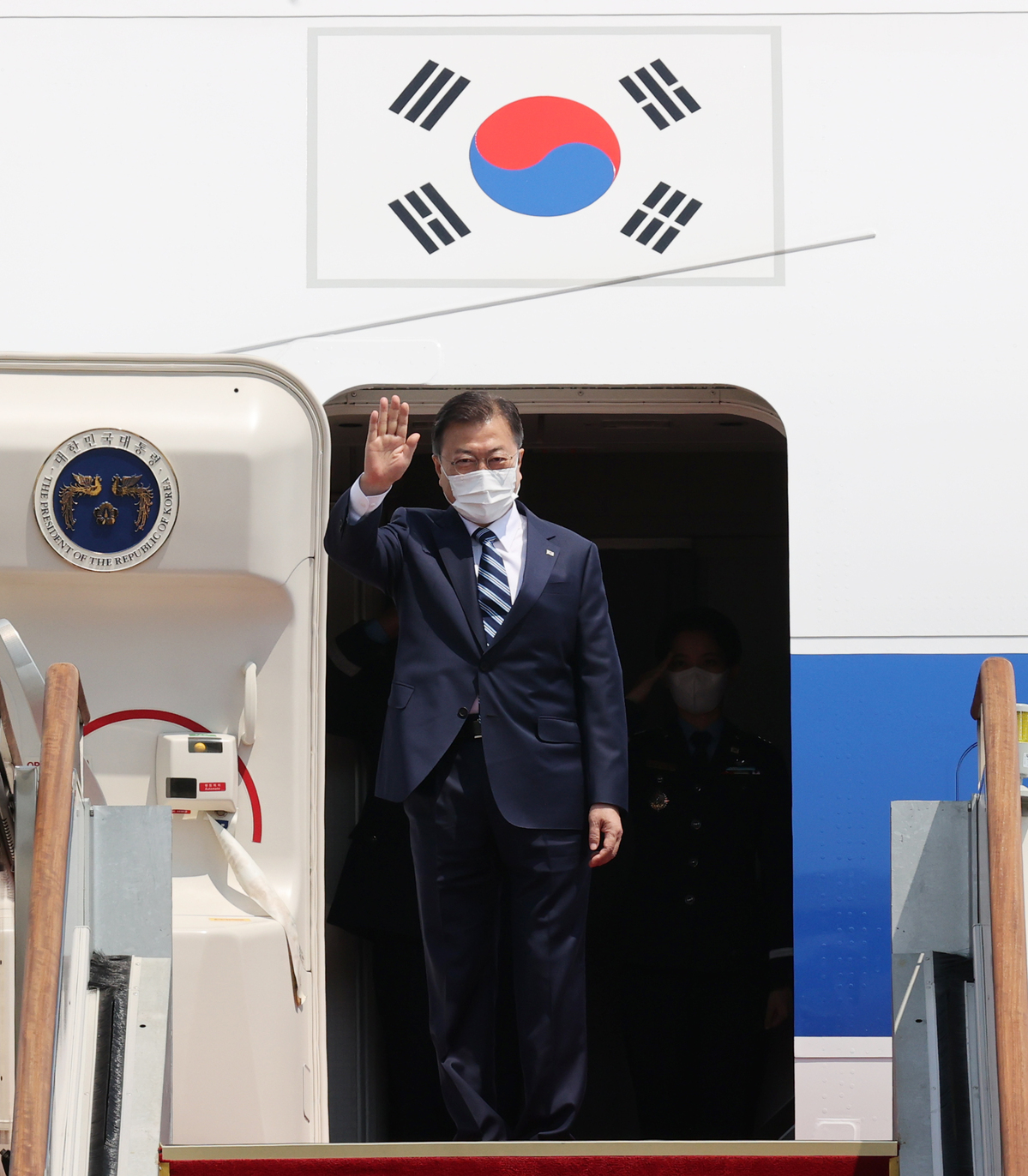 ROK President Moon Jae-in heads to Washington on Wednesday for his first summit with US President Joe Biden. (Photo: Agencies)

Republic of Korea President Moon Jae-in is expected to seek to position himself once again as a mediator between Washington and Pyongyang when he meets his US counterpart Joe Biden this week. But experts believe Moon is likely to return home from Washington "empty-handed" on that mission.

The Democratic People's Republic of Korea is expected to top the agenda during the leaders' first face-to-face meeting as presidents.

Moon had earlier said a key goal for the summit will be to "restore dialogue between the two Koreas and the United States and North Korea (the DPRK)". He also said that this year－the final one of his presidency－may be "the last opportunity to move from an incomplete peace toward one that is irreversible". He is scheduled to arrive in Washington on Thursday for a four-day stay.

"He wants to make progress in this issue and win back public support after his party suffered a crushing defeat at recent by-elections."

In his first two years in office, Moon had put the DPRK at the top of his agenda and played a role in facilitating face-to-face meetings between then-US president Donald Trump and Kim Jong-un, the DPRK's top leader.

Soon after Biden took office in January, Moon nominated for foreign minister Chung Eui-yong, a diplomat who frequently shuttled between Washington and Pyongyang, in a move widely seen as a gesture to push forward US-DPRK talks.

"Despite Moon's efforts to salvage US-DPRK relations, I am not optimistic about the outcome of the meeting in resuming talks between Washington and Pyongyang. Moon may eventually go home emptyhanded," Lyu said. "I don't think the US would make any promises and guarantees during this visit."

Moon's visit to Washington comes at a crucial moment. The White House has just rolled out the results of its DPRK strategy review, which was welcomed by the ROK leader.

White House press secretary Jen Psaki announced on April 30 that the US had completed a review of policy toward the DPRK, without detailing its findings. But she suggested the Biden administration would seek a middle ground between Trump's "grand bargain" approach and that of his predecessor Barack Obama with "strategic patience".

Piao Jianyi, a researcher at the Chinese Academy of Social Sciences, said the Biden administration's announcement does not show any sincerity in resolving the issue.

"Other than maintaining that it will avoid the mistakes of its predecessors and issuing some expected reaffirmations (the goal of denuclearization), the Biden administration has so far relied mainly on generalities in publicly outlining the results of its review, using language like 'calibrated, practical, measured approach' and similar political cliches instead of concrete measure," he said.

"The announcement is too vague to see clearly what the US will do."