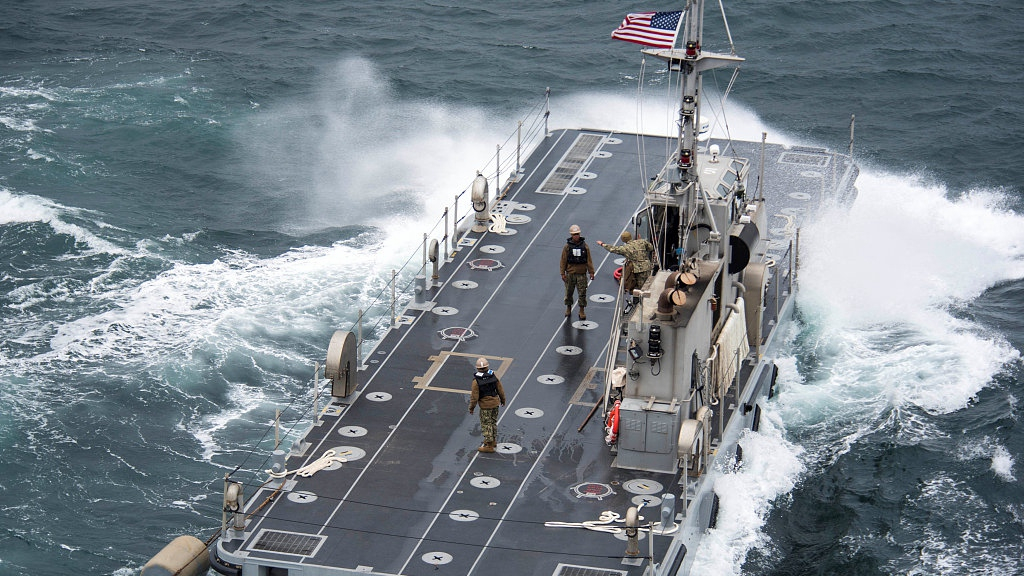 A US Navy ship participate in the Foal Eagle exercise off the coast of Pohang, ROK, April 9, 2017. (Photo: VCG)

The drills will begin Monday with a computer-simulated command post exercise (CPX) on coping with any emergency on the Korean Peninsula, according to the authority, ROK news agency Yonhap reported.

The allies will then spend the remaining 10 days intensively verifying Seoul's capabilities for its envisioned retaking of wartime operational control (OPCON) of its troops from Washington.

The allies have scaled down the joint military drills and replaced the previous ones with new exercises called "Dong Maeng," following commitments made during the inter-Korean summit at the border village of Panmunjom in April 2018 and the first Trump-Kim summit in Singapore in June last year.

Pyongyang, on the other hand, denounced the new exercises as a violation of the commitments, saying it had "little choice" but to undertake weapons testing. It warned the ROK President Moon Jae-in to return to his "proper stance" on negotiations.

The DPRK tested a new rocket launch system on Saturday, a day after its first test made under its leader Kim Jong Un's supervision. The DPRK has launched short-range projectiles three times in about a week.

The US, by far, has remained restrained about the launch, saying the firings were no violation to the agreement, adding that the US and the DPRK are in regular contact regarding the resumption of their talks and both expect the negotiations to start again soon, a senior US State Department official was quoted by Yonhap as saying.