WORLD Role of the Amazon in global climate change

Role of the Amazon in global climate change 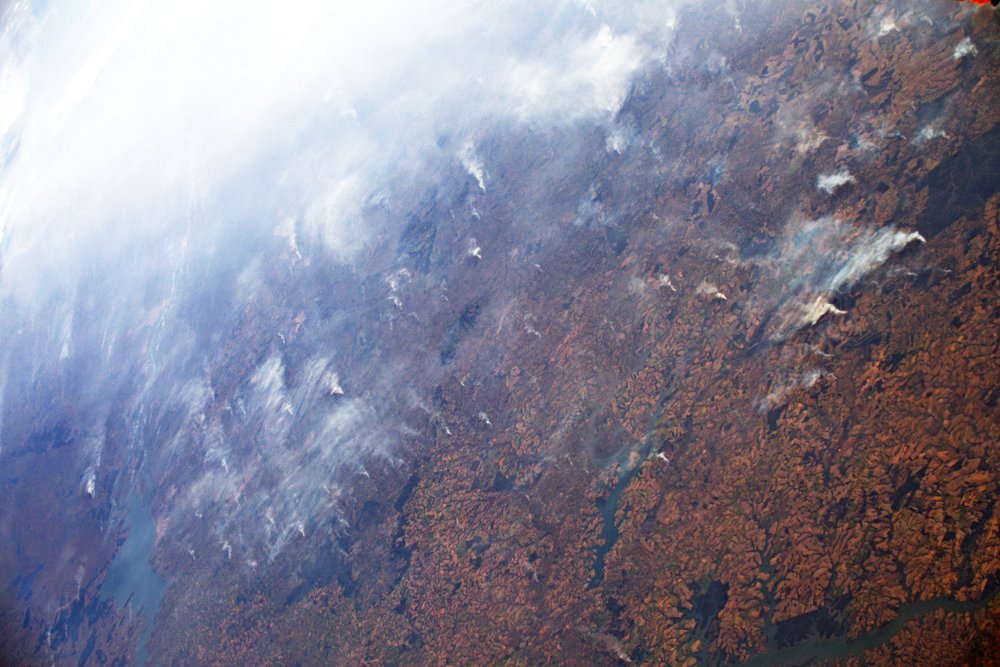 In this handout satellite image released by NASA on Tuesday, Aug. 27, 2019, shows the fires in Brazil. (Photo: AP)

Fires across the Brazilian Amazon have sparked an international outcry for the preservation of the world*s largest rainforest. Here’s a look at the role the Amazon plays in regulating the world’s climate:

IS THE WORLD’S OXYGEN SUPPLY AT RISK?

No. While it’s commonly said that the Amazon produces 20% of the world’s oxygen, climate scientists say that figure is wrong and the oxygen supply is not directly at risk in any case. That’s because forests, including the Amazon, absorb roughly the same amount of oxygen they produce. Plants do produce oxygen through photosynthesis, but they also absorb it to grow, as do animals and microbes.

That doesn’t mean the fires aren’t a problem for the planet. The Amazon is a critical absorber of carbon of carbon dioxide, a greenhouse gas produced by burning fossil fuels, like oil and coal.

IS THE AMAZON ‘THE LUNGS OF THE PLANET?’

The Amazon rainforest is frequently referred to as the “lungs of the planet,” but it may not be the most accurate analogy for the forest’s role.

Carlos Nobre, a University of Sao Paulo climate scientist, says a better way to picture the Amazon’s role is as a sink, draining heat-trapping carbon dioxide from the atmosphere. Currently, the world is emitting around 40 billion tons of CO2 into the atmosphere every year. The Amazon absorbs 2 billion tons of CO2 per year (or 5% of annual emissions), making it a vital part of preventing climate change.

WHAT DO THE FIRES IN THE AMAZON MEAN FOR THE WORLD’S CLIMATE?

Fires in the Amazon not only mean the carbon-absorbing forest is disappearing, but the flames themselves are emitting millions of tons of carbon every day. Nobre says we’re close to a “tipping point” that would turn the thick jungle into a tropical savannah.

The rainforest recycles its own water to produce a portion of the region’s rain, so deforestation makes rains less frequent, extending the dry season. Nobre estimates that if 20% to 25% of the forest is destroyed, the dry season will expand enough that it will no longer be a forest, but a savannah.

“Unfortunately, we are already seeing signs of the Amazon turning into a savannah,” he said, citing the increasingly long dry seasons. “It’s not just theoretical anymore, it’s happening already.”

WHAT IS CAUSING THE FIRES?

The current fires in the Amazon are not wildfires. They are manmade and are mostly set illegally by landgrabbers who are clearing the forest for cattle ranching and crops.

Deforesting the Amazon is a long, slow process. People clear the land by cutting down the vegetation during the rainy season, letting the trees dry out and burning them during the dry season. Fully clearing the dense forest for agricultural use can take several years of slashing and burning.

“When I’m talking about 21st century deforestation, I don’t mean a family headed into the woods with a chainsaw,” said NASA researcher Doug Morton. “I mean tractors connected by large chains. They’re pulling trees out by their roots.”

He said researchers could see piles of trees months ago in satellite images. “They’re burning an enormous bonfire of Amazon logs that have been piled, drying in the sun for several months.”

“What has changed is the political discourse,” Nobre said. President Jair Bolsonaro has decreased the power and autonomy of forest protection agencies, which he says get in the way of licensing for developing land and accuses of being “fines industries.”

“The number of fires increasing is because people think law enforcement won’t punish them,” Nobre said.