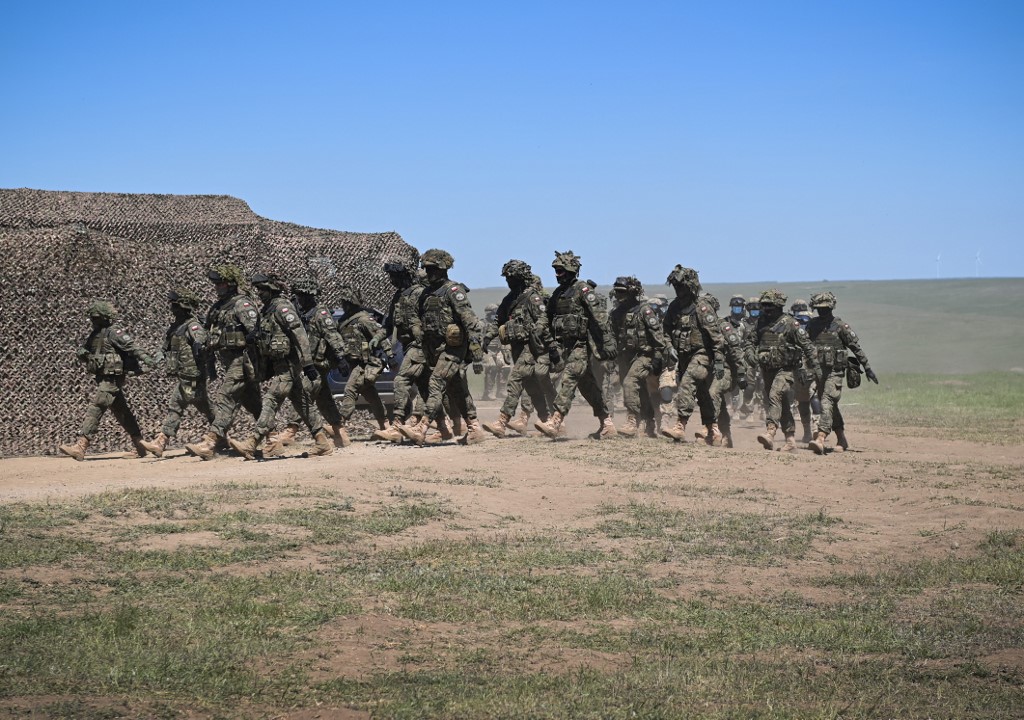 Polish soldiers make their way back at the end of the multinational military exercise "Justice Sword 21" at the military facility in Smardan, Romania on May 11, 2021. (Photo: AFP)

BUCHAREST, May 11 (Xinhua) -- Presidents of Romania and Poland attended on Tuesday a joint military exercise within the "Justice Sword 21" drills in Smardan firing range, southeastern Romania, according to a press release from the Romanian Presidential Administration.

"It's very important for our soldiers and for the Romanian soldiers that they can see each other and they can work together with their colleagues," said Polish President Andrzej Duda, who is on an official visit to Romania.

Poland took part in this exercise with forces and military equipment deployed in Romania, said the Romanian Defense Ministry in a press release.