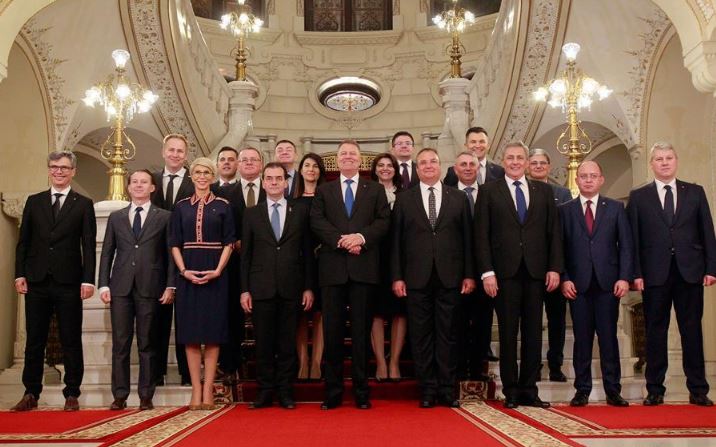 Iohannis congratulated everyone in the National Liberal Party (PNL) who had done an "incredible" job and managed to convince the opposition parties and other parliamentarians to vote together for the new government.

"A very great achievement," he stressed.

The new prime minister pledged "to put into practice the vision of Romania's development, to carry out the programs and projects that can bring Romania back on the right track."

Earlier on the day, the minority one-party government received the green light from parliament with 240 votes, seven more than the required minimum in the 465-seat bicameral parliament, replacing the Social Democrats, whose government collapsed in a no-confidence vote three weeks ago after nearly three years in power.

PNL was the largest opposition party in the Romanian parliament, but only has 20.6 percent of the seats in the parliament.