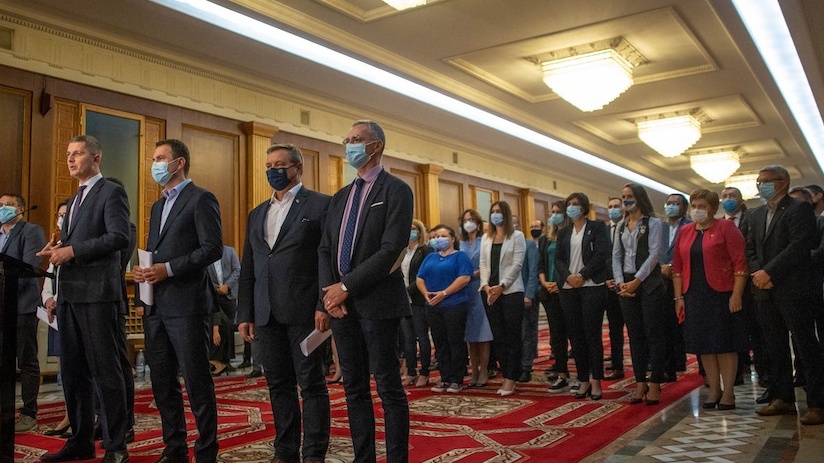 Citu has been in the job for less than a year, after the former finance minister replaced Ludovic Orban, who resigned last December. But Citu's National Liberal Party (PNL) could only keep power via a center-right coalition with the Save Romania Union party (USR-Plus).

Not only did the move anger USR-Plus, but it also led to Orban speaking out against his replacement. With USR-Plus ministers resigning from government, the party tried to hold a "no confidence" vote, aiming to return Orban to power.

But political wrangling by Citu and his PNL colleagues convinced the opposition Social Democrat Party (PSD) to abstain from the vote, meaning the parliament in Bucharest did not have enough members present to hold the vote.

The case has now been passed – by Citu – to the country's constitutional court, in what is seen by some as a worrying step.

"The right of an MP to initiate a motion of no-confidence is essential to the function of democracy," minority group MP Iulius Marian Firczak told EUObserver.

All of this is happening while COVID-19 cases continue to rise in Romania, as vaccination rates remain dangerously low.

The health ministry has warned that many hospitals in Bucharest are close to capacity again.

The fear is political deadlock would harm Romania's ability to fight the virus and to ensure as many people as possible are vaccinated, and the country's health may face similar problems to its economy.

Gas and electricity prices are rising steadily, and the country's foreign trade gap has increased by 65 percent in one year – which some argue could open Romania up to problems with foreign debt ownership.