Roommate of slain couple says son had a drug problem 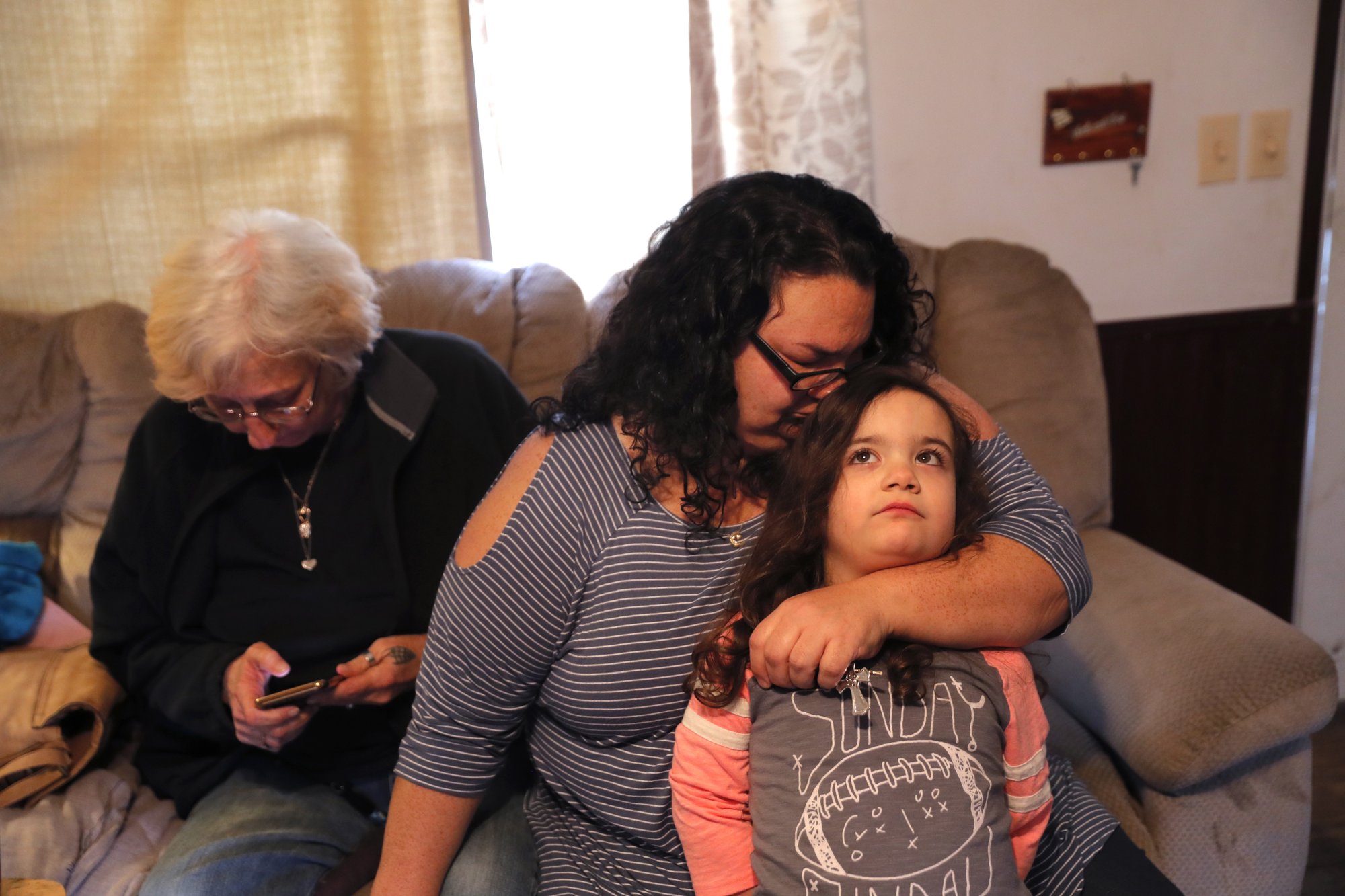 A mother comforts her daughter in Gonzales, Lousiana on January 27, 2019. (Photo: AP)

A man suspected of killing his parents and three other people - including a girl he was dating - was arrested Sunday when he showed up at his grandmother’s house in Virginia, a sheriff there said.

On Saturday, Dakota Theriot, 21, shot and killed three people — the woman believed to be his girlfriend, her brother and father — in Louisiana’s Livingston Parish before taking her father’s truck, driving to neighboring Ascension Parish, and shooting his parents, authorities said.

Theriot’s grandmother, who lives in Warsaw, Virginia, had checked into a hotel Saturday night because she feared he might show up at her house, Richmond County Sheriff Stephan B. Smith said in a phone interview. The woman asked authorities to check her home Sunday morning to make sure it was safe before she returned.

While deputies were there, Smith said, Theriot drove up. He had a gun on him but he dropped it and was taken into custody without incident, Smith said.

Smith said he believes the truck Theriot was driving when he arrived at his grandmother’s house was the one taken in Louisiana.

Authorities have identified the victims in Livingston Parish as Billy Ernest, 43; Tanner Ernest, 17; and Summer Ernest, 20. Ard said Summer Ernest and Dakota Theriot were in a relationship and that Theriot had been living with her family for a few weeks.

Authorities earlier identified the other two victims as Theriot’s parents — Keith, 50, and Elizabeth Theriot, 50, of Gonzales.

They were shot in their trailer on Saturday morning.

“The father was gravely injured at the time we found him and has since passed away,” Webre said late Saturday. But before he died, Webre said authorities were able to get a “dying declaration from him, and only enough information to let us know that it was his son that committed this act.”

A woman who lived with the Theriots says Dakota had a loving relationship with his mother but argued, sometimes violently, with his father. Kim Mincks was in the house when the shooting happened but didn’t hear anything. She was awoken Saturday morning by law enforcement officers who came into her room and woke her up.

“They said something terrible happened here. Get up, get dressed and walk outside,” she said.

She and Jacob Chastant, a friend who also lived in the trailer, returned to the trailer Sunday morning.

Mincks said she’d known Keith and Elizabeth Theriot for about two years and described them as wonderful people.

“Give you the shirt off their back. They loved everybody. Never met a stranger. Loved each other. Just a happy couple,” she said.

But they said Dakota Theriot had struggled with drugs over the years and had recently been kicked out of the trailer.

“We know he had a drug problem. He got kicked out last Monday because of the drug problem. His dad kicked him out of here. He did have a violent streak. He hurt his dad,” Mincks said.