TEHRAN, Aug. 21 (Xinhua) -- Iran's first indigenous fighter jet, unveiled on Tuesday, is by no means a threat to the region but for sustainable peace, Iran's President Hassan Rouhani said. 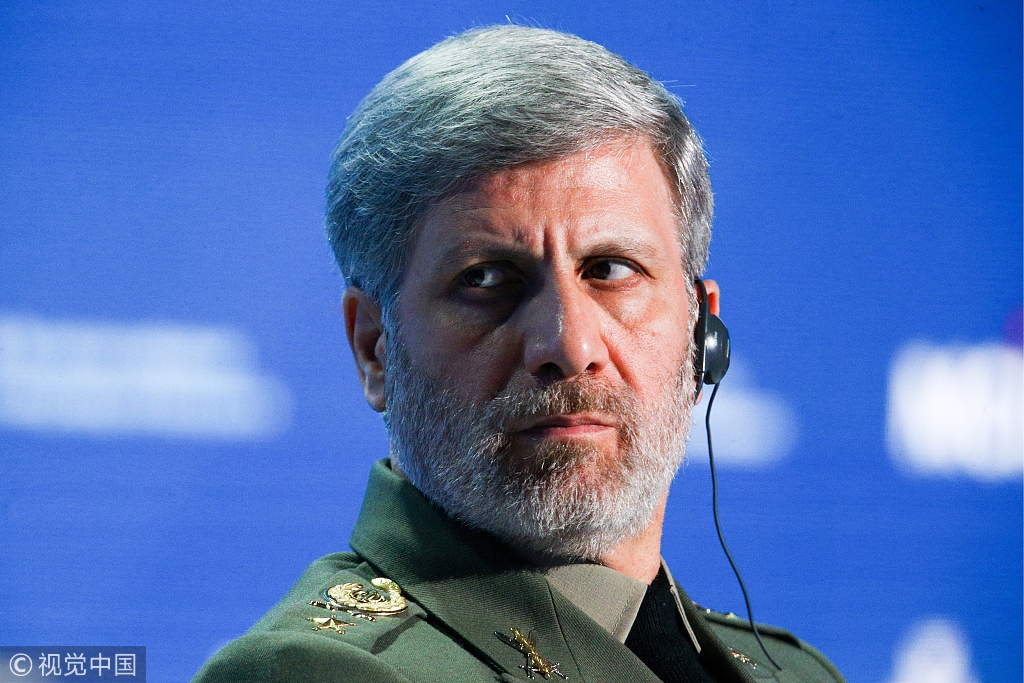 The Kowsar fighter jet was designed and manufactured by the Iranian experts to be used as a defensive tool for the country, Rouhani said at a ceremony marking National Defense Day on Tuesday.

At the ceremony attended by Rouhani and Defense Minister Amir Hatami in the capital Tehran, the Kowsar fighter jet was put on display and made its first flight.

"We are obliged to safeguard power, dignity and safety of the nation at lower cost," said Rouhani, quoted by the official IRNA news agency.

The Iranian president also said that in case the country overlooks deterrent power and does not rely on its own capabilities, there will be enemies seeking to harm Iran.

"Iran's preparedness for defense does not mean warmongering but signifies a durable peace," he said.

Iran has never invaded its regional neighbors and will never do so, he said.

Rouhani also warned the "enemies" of the heavy costs of any military action against the country, saying that the existing unity among the Iranian people, leadership and the armed forces has made the Islamic republic unbeatable.

"Any hostile move against Iran would cost the aggressors dearly," Rouhani said according to Tasnim news agency.

He also pointed to the "high political costs" that some regional countries have borne to purchase foreign arms that they cannot even operate.

"Those countries have to invite foreign advisers and become servants of foreign powers by giving in to the demands of the arms sellers," said Rouhani.

Washington imposes sanctions on Iran, but refrains from taking military action against the Islamic republic, since it is aware of the heavy costs of aggression, he added.

Hatami also hailed what he called the country's self-sufficiency in arms sphere.

"We are moving towards the use of modern technologies and defense diplomacy," he said, adding that "we tried to strengthen our defense sector within the framework of our needs and priorities."

"Of course, we are doing this at the lowest cost," and Iran's expenditure on defense sector is even less than that of smaller countries, he said.

According to Press TV, the fighter jet is equipped with "advanced avionics and fire control systems" and can be used for short aerial support missions.

The jet has an advanced radar system, enabling it to detect enemy targets. It is also equipped with a head-up display or HUD, which promotes precision targeting.

The plane can be manufactured in both single and double cockpit types, the latter of which can be used for advanced pilot training missions in addition to its combat capability.