WORLD Rouhani urges US to end 'maximum pressure' on Iran

Rouhani urges US to end 'maximum pressure' on Iran 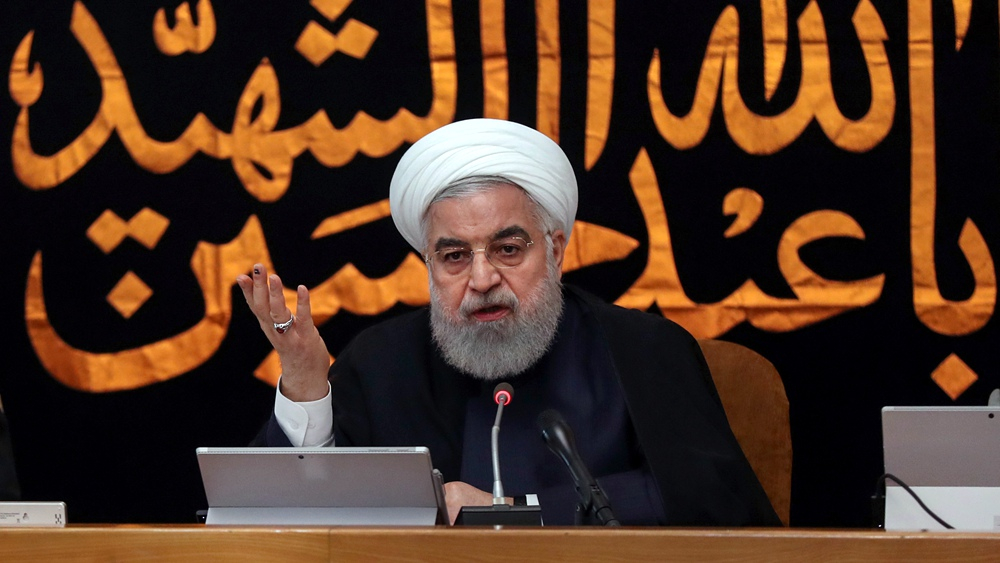 Iran's President Hassan Rouhani urged the United States on Wednesday to end its policy of "maximum pressure" on his country, and said Tehran would cut its commitments to a 2015 nuclear deal further if necessary, state TV reported.

"The United States should understand that militancy has no profit and must abandon its policy of maximum pressure on Iran ... Iran's commitments to the nuclear deal is proportional to other parties and we will take further steps if necessary," Rouhani was quoted as saying.

Meanwhile, Iran said on Wednesday the firing of John Bolton as US national security adviser will not push Tehran to reconsider talks with the US.

He added there was no room for talks with the United States while sanctions against Iran remain in place, urging Washington to ends its "economic terrorism," IRNA said.

Two of Trump's top lieutenants on Tuesday indicated he was ready to meet the Iranian president without preconditions, after the US leader sacked his hawkish national security adviser. But Secretary of State Mike Pompeo and Treasury Secretary Steven Mnuchin stressed the United States would maintain its campaign of "maximum pressure" against the Islamic republic.

The idea of a Trump-Rouhani meeting was floated last month by French President Emmanuel Macron, who has been spearheading European efforts to de-escalate tensions between Iran and the United States.