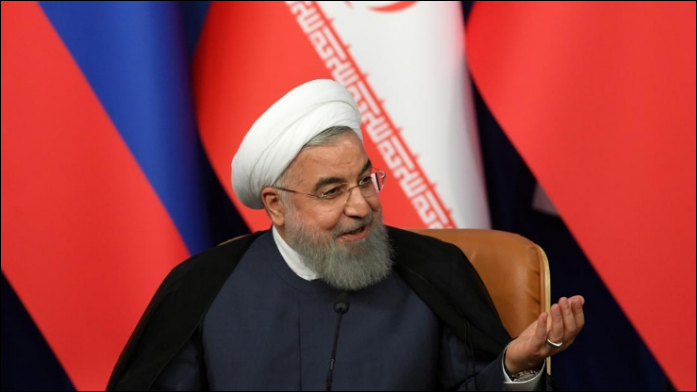 Iranian President Hassan Rouhani vowed on Saturday to boost Iran's ballistic missile capabilities despite Western concerns that were cited by his US counterpart Donald Trump's decision in May to withdraw from a landmark international nuclear deal with Tehran.

"We will never decrease our defensive capabilities, we will increase them day by day," Rouhani said at a military parade.

As Rouhani spoke, Iran began displaying its naval power in the Gulf during annual parades in its capital Tehran and the port of Bandar Abbas on the Gulf marking the start of the country's 1980-88 war with Iraq.

"Iran will not abandon its defensive weapons, including its missiles that make America so angry," Rouhani said.

"The fact that the missiles anger you shows they are our most effective weapons," he said, referring to the West.

Iran has ballistic missiles with a range of up to 3,500 kilometers, enough to reach both Israel and US bases in the Middle East.

Iran's state media said about 600 vessels took part in the Gulf naval drill on Saturday, a day after Iran held aerial exercises in the waterway, vowing that a "pounding reply" awaited the country's enemies.